Ofcom, BT and DCMS line up outside headmistress' office with mags down pants 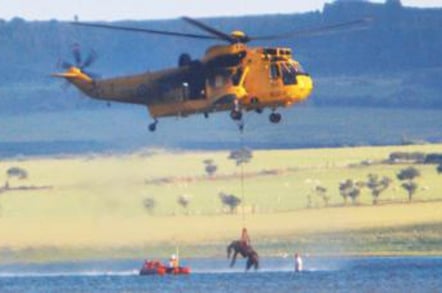 The government's crashingly expensive rural broadband deployment project has failed to demonstrate that it represents value for money to Britain's taxpayers, the National Audit Office concluded today in a scathing report.

Just last week, the Department for Culture, Media and Sport, which is steering the Broadband Delivery UK (BDUK) project, finally admitted what had long seemed obvious to our readers at least - that it would not meet its deadline to bring superfast network coverage to 90 per cent of homes and businesses by 2015.

Now, the government's spending watchdog has criticised the entire process for falling far behind schedule while failing to adequately secure accurate and transparent costs from BT.

The former national telco - the only successful bidder chasing the government subsidies on offer - has so far won 26 of the 44 local authority BDUK contracts aiming to cover harder-to-reach parts of the country where BT and Virgin Media have not so far found a compelling business case to privately invest cash and install next generation broadband networks.

By May 2015, only nine of the 44 council contracts will be completed, the NAO noted. The DCMS - now headed up by Culture Minister Maria Miller - is struggling, the spending regulator said, to safeguard its value-for-money promise on the broadband project, which will cost Whitehall £780m by 2017.

The NAO said that "achieving value for money for the programme will in practice depend on scrutiny of hundreds of thousands of invoices and follow-up analysis of take-up rates. The success of such a safeguard will partly depend on the level of skill and resource available in the department and local bodies during implementation and beyond."

Worse still, the watchdog said that competition had been "limited" given that BT is the only supplier likely to scoop up all the local authority contracts, after Fujitsu declared itself out of the race for government funds in March this year.

BT's rivals blamed state-aid conditions and other commercial factors for having to withdraw from the bidding process.

The NAO said it was also struggling to get a handle on how much cash BT was likely to pledge to the project from its own coffers over the course of its lifetime. It said the DCMS had estimated in 2011 that private sector funding would account for some 36 per cent of the overall spending on the broadband deployment.

However, the watchdog found that the average proportion of BT funding in contracts inked with local authorities to date was actually lower. It said in its Rural Broadband Programme report:

The Department allocated its funding on the basis of its conservative model, recognising that this was built on assumptions that would need to be validated over time. This conservative model projected a capital cost of £1,547m [£1.5bn] and that suppliers would contribute around 36 per cent of total programme costs, some £563m.

The latest projections extrapolated from 19 finalised contracts suggest that total cost will be almost the same at £1,576m [£1.5bn]. However, the local authority contribution has risen by over £200m to 46 per cent of the total. This is mostly because the Department’s estimate of the supplier funding they would be able to attract has proved too optimistic.

BT is now expected to provide only 23 per cent of funding, with contributions ranging from 15 to 38 per cent. Overall BT is expected to commit £207m less to the programme than the Department had modelled in 2011.

BT has already disputed the spending watchdog's sums. A spokeswoman at the telecoms giant told The Register:

BT has already committed more than £500m in capex and opex to the programme with more than a third of the contracts yet to be signed, including a very large one in Scotland.

We believe we will contribute around 38 per cent of the total funds by the end of the programme, which is well above the 23 per cent claimed in the report.

Miller's DCMS mandarins defended their record on the handling of the project. The department, which claimed that around 88 per cent of the UK will have access to superfast broadband by December 2015, said:

We have noted the NAO report and welcome its confirmation that processes we have put in place to ensure value for money are strong and robust. We agree that effective enforcement of the contracts is important and are working with local authorities to ensure this.

As the NAO report makes clear, the project’s funding model greatly reduced the cost and financial risk to the taxpayer.

El Reg has noted that the DCMS has cherrypicked the more favourable bits of the report in making its claims about strength and robustness.

The spending watchdog has also said that there is plenty of room for improvement if the BDUK project is to achieve its value-for-money promise.

The NAO adds that the DCMS must review the reasons for the delay in roll-out to date, and must guard against further slippage.

The government investigators also called on Whitehall to obtain greater assurance regarding BT’s tender prices to ensure they do not include excessive contingency; to thoroughly monitor in-life contract costs, placing additional focus on risk areas such as project management costs; and it advised the department to discuss with BT whether its modelling assumptions were valid around take-up rates.

Labour MP Margaret Hodge, who chairs the parliamentary public accounts select committee, warned that the "public sector purse" may end up having to cover any expected shortfall.

"In an attempt to reduce public costs and risk, the department has ended up stifling competition," Hodge argued.

She added that companies such as BT which win huge government contracts need to be "100 per cent transparent about their figures when spending public money. It is not acceptable to hide behind arguments about commercial sensitivity."

Her conclusion on the telecoms giant's BDUK involvement was caustic. The MP said:

Ofcom needs to up its game and ensure BT does not make super profits out of its dominance of the wholesale broadband market. DCMS must take more control of the programme to ensure people in rural areas get the super-fast broadband they were promised, at a reasonable cost to the taxpayer.

However, BT insisted that it had applied "cost efficiencies to its BDUK work" and claimed it was "delivering excellent value for money." ®