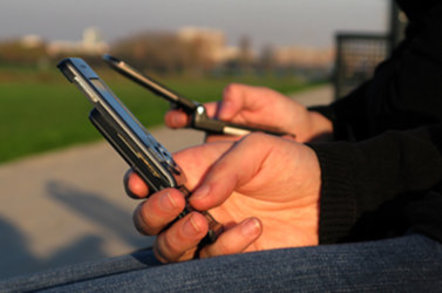 O2 has signed the expected deal outsourcing its telephone support to Capita, transferring 2,700 staff in a 10-year deal worth £1.2bn.

The deal was only announced in May, though that followed months of discussion and a fair bit of rumour. The Communication Workers Union reckons this to be the UK's biggest ever outsourcing deal, and balloted on strike action which was only averted when everyone agreed last-minute negotiations had gone in their favour.

The Union tells us those discussions, held under threat of industrial action, secured better job security and long-term protection of pay and conditions, along with a promise to redeploy staff locally should any of the existing sites close.

O2, meanwhile, assures us that the deal hasn't changed one whit. Apparently they just explained it to the Union using shorter words and reached a mutual understanding.

Whatever took place, the Union did get Capita's recognition, and as one of the stated reasons for the strike ballot was a demonstration of solidarity we can assume this at least was accomplished.

That wasn't enough for a thousand O2 employees, who oversubscribed for voluntary redundancy rather than change employers. Capita hasn't the best reputation, and operates large call centres overseas (notably in South Africa), which worries UK staff, so the promise of local employment in the event of site closure should calm nerves.

O2 reckons customers don't call as much as they used to, and it wanted to stop paying for empty desks, so now it just has to hand £1.2bn to Capita and be done with it. ®