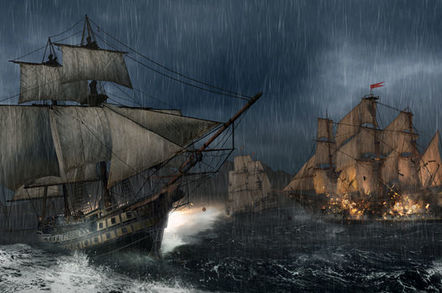 French games publisher Ubisoft has confirmed a major breach of its Uplay servers and the theft of user names, email addresses, and encrypted passwords – although it claims financial data is in a separate silo and looks safe so far.

The hacking of the Uplay online gaming database will only increase fears about the system's security. There were persistent reports of users getting their accounts hijacked earlier this year, and Ubisoft users are particularly at risk as many of its most popular games now require an online account and a nearly always-on internet connection.

The company has been one of the prime movers in getting such internet-reliant DRM systems into place – hardly surprising, since Ubisoft's CEO thinks nine out of ten gamers are pirates. The company first trialed an always-on requirement back in 2011, but backed down over user outrage before gradually easing the DRM system back in.

To say users were less than thrilled about the company's fondness for DRM is something of an understatement, particularly after an alert from Google security researcher Travis Ormandy, who revealed that the Uplay system had a suspected rootkit attached. Ubisoft said that in fact this was a coding error and it had a patch out the same day.

To help with this latest security breach, Ubisoft has set up a page to allow for a quick password reset for the Uplay accounts, although some members on its forums report it's crashing under the strain of use. Others are somewhat verbose in expressing their annoyance with the current situation.

"I'm sick of incompetent people holding onto any amount of my data," said one irate user. "I'm sick of them not being held accountable for their incompetence. I'm sick of them passing the buck onto other parties when securing these sorts of things should be routine to anyone responsible for a system like this. Especially at an organization as large as Ubisoft."

All this furor over DRM and security hasn't hurt the game company's bottom line too much – profits were up 73 per cent last year – but gamers are showing an increasing antipathy to games that require an internet connection to function.

The disastrous launch of SimCity online, and the decidedly cool reception of Microsoft's Xbox One's DRM and internet requirements, have focused attention on the issue. As Sony has shown, there's a lot of market share to be gained by not assuming your users are pirates, and if Ubisoft can't protect its servers, it might at least make them optional rather than compulsory. ®