Rise of the machines, south of Milton Keynes

Computers make a noise at TNMOC 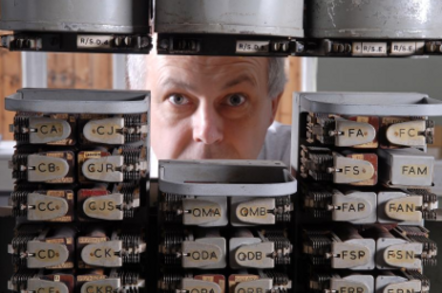 Geek's Guide to Britain It’s the sounds that get you: wheels spinning, processors squeaking, the furious hammering of teleprinters, and some 1980s synth.

Yes, computers really were this noisy – something you forget in an era when even the benign tap of the keyboard is giving away to the silent swoosh of finger on glass.

I’m at The National Museum of Computing History (TNMOC) in Bletchley Park, near Milton Keynes, home to some of the oldest and rarest computers in the world. We have a working rebuild of WWII code breaker Colossus Mk II; schoolkids’ favourite the BBC Micro; and one of the NeXT workstations - created by Steve Jobs and his new company after he was booted from Apple - the machine picked by Tim Berners-Lee to help give birth to the worldwide web at CERN in the early 1990s.

It’s near the end of my two-and-a-half hour TNMOC tour when the crescendo of microprocessors, sound chips and external electro mechanic sounds from these and many more computers finally hits me.

I’m not alone in appreciating these sounds: professionals are on the case, too. DJ Pixelh8, AKA Matthew Applegate, in 2009 caught, sampled and remixed the sounds of TNMOC with Obsolete, an album celebrating the mathematics, logic, code-breaking and crypto work of the machines and TNMOC.

TNMOC is filled with noises because, unlike some museums that place artefacts behind glass, and even in contrast to other computer museums around the world, TNMOC’s objects work and TNMOC wants you – in most cases – to touch. 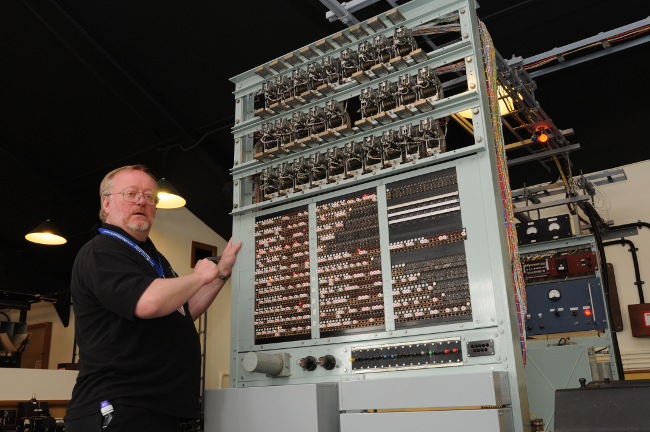 Spencer with Tunny, the replica of the machine that cracked the German high-command's Lorenz communications

It’s an appeal that transcends the generations, a fact attested to by increasing visitor numbers. Dads in their 40s, whose first computer was a ZX Spectrum, schoolkids getting their first taste of programming on a BBC Micro, pensioners of the WW2 code-breaking generation and others in between are being lured by TNMOC.

My guide for a two-hour TNMOC tour, Andrew Spencer, explains how it’s not only the well-known kit that people can't wait to play with. Normally, it’s the kids who love inputting their names into a lost classic Elliott 903 and have the Elliott’s chattering teletype punch out their names on paper tape. On one particular trip, though, it was a senior IT executive who took command and who printed out no less than eight tapes. “You have some people who have never experienced that,” Spencer recalls.

But this is modern, post-war stuff and our tour starts in Our Finest Hour: WWII, when the site TNMOC occupies was part of the UK Government’s Code and Cypher School at Bletchley Park. At its peak, 12,000 mathematicians, engineers, military personnel and other staff toiled in three shifts around the clock, seven days a week to crack the encrypted communications of Nazi Germany’s high command.

TNMOC occupies Block H of Bletchley Park, a squat and angular bunker-like building built in 1944 from reinforced concrete to withstand bombing to house six of Bletchley’s 10 Colossi. The other four were held in Block F, now demolished. Block F didn’t go without a fight: tearing down the concrete walls took the hapless contractor who was awarded the job six months, and cost him two of his precious three wrecking balls, on a job he reckoned would take three weeks.

Lorenz messages were enciphered by adding a series of apparently randomly generated letters to each letter in the original message, with random letters generated by a fiendish combination of 12 rotors. To decrypt, the receiving Lorenz added exactly the same obscuring letters back to the cipher text, also using its 12 rotors. Messages were communicated in International Teleprinter Code, where each letter of the alphabet is represented by a series of five electrical impulses; Morse code was not used. 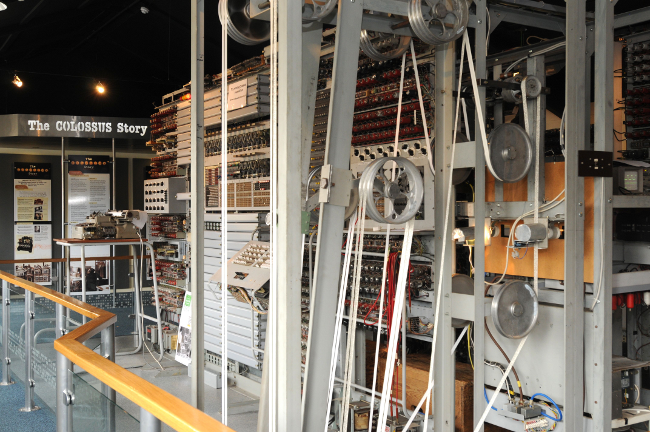 The Tunny was built by a team from the Post Office Research Station without ever seeing a Lorenz, having worked out the machines’ logical structure of circuits and rotors. Nobody actually knows for sure, but it is believed there were been between 15 and 20 Tunnies operating at Bletchley during WWII.

The Tunny produced the final decrypts, but that still left the job of working out the starting position of the Lorenz’s rotors – a process that was being done by hand and thus took several weeks. Work was started on a new machine that led to the Colossus Mk I and Colossus Mk II, which cut the job to six hours.

The secret? Thermionic valves, the forerunner to solid-state components such as transistors and diodes in today’s computers. Valves controlled a current in a vacuum-sealed glass tube and when arranged together could form a circuit. The Colossus program was entered through plug boards and switches, and the message was run on the tape across a series of wheels. The valves sped up the rate of numerical analysis on the messages.

Valves had been the idea of Tommy Flowers, an electrical engineer with the General Post Office (GPO), which ran the UK’s phone services. Flowers had been working with valves since 1934 and argued they possessed the necessary power and reliability. The first Colossus in 1943 used 1,500 valves; Colossus II in 1944 used 2,500 valves.

If you visit the museum, you won't be seeing the original Tunny and Colossus - they were destroyed after the war on the order of the top brass as Lorenz machines began falling into the hands of the Soviets. The machines on display are working rebuilds, constructed from scratch by volunteers working from a handful of old photos, circuit diagrams and – in the case of the Colossus Mk II – the memory of Flowers himself.

How did the Tunny and Colossus work?

Next page: Inside the machine
Page:
Tips and corrections
38 Comments