Snowden dodges US agents in Moscow, skips out on flight

'Thought I would enter US airspace? Think again!' 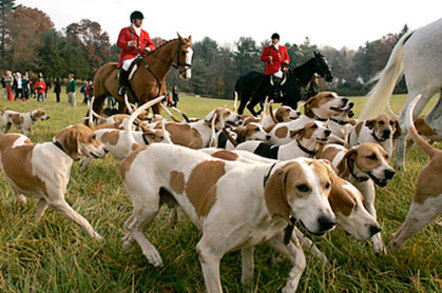 NSA leaker Edward Snowen's seat on the flight he booked from Moscow to Havana was empty on Monday, but if the throng of reporters who gathered at Moscow's Sheremetyevo International Airport to interview Snowden had done their research, they would have realized he was never likely to board the plane.

The flight Snowden booked was reportedly scheduled to briefly cross US airspace on its journey from Russia to Cuba, at which time it would have been under US legal jurisdiction.

A source at Sheremetyevo Airport told the International Business Times that once the Aeroflot plane entered US skies, US authorities would have had "the formal right" to order the plane to land so that Snowden could be detained.

Equally likely, however, Snowden might never have been issued a boarding pass. Under the US Transportation Safety Administration's Secure Flight program, the TSA must be notified of the full passenger list of any flight that enters US airspace, so that passengers can be checked against the no-fly list.

Passengers who don't meet the TSA's approval can be denied a boarding pass at the gate, even if their flights are only scheduled to pass through US airspace without ever touching down in the country.

Meanwhile, Snowden's whereabouts are currently unknown. Russia doesn't require a transit visa for US citizens who enter the country and then depart within 24 hours without leaving the airport customs area, but it is unclear whether Snowden boarded an alternate flight.

Bloomberg reports that a spokesman for Russian President Vladimir Putin said Russia "may consider" granting Snowden asylum, but that Putin's office was refusing calls from journalists on Monday.

Also on Monday, US secretary of state John Kerry wagged his finger at Russia, saying it would be "deeply troubling" if Russia had advance notice of Snowden's arrival and chose "not to live by the standards of the law."

Snowden is thought to be on his way to Ecuador, which is reportedly processing an asylum application that was filed on his behalf by lawyers for WikiLeaks. Ecuador is also technically offering asylum to WikiLeaks founder Julian Assange, who remains camped out in the country's London embassy.

Just how Snowden plans to get there, however, is unclear. His US passport has reportedly been revoked, and US authorities have vowed to track him down and bring him back to stand trial on charges of stealing government property and communicating US defense and security information to unauthorized parties.

In an interview with CBS's Face the Nation program on the matter on Sunday, Senate Intelligence Committee chair Diane Feinstein (D-CA) told reporters, "The chase is on." ®