Son of Cisco blessed by Amazon, helped by China, feared by everyone 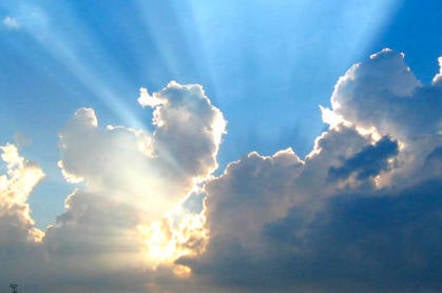 Cumulus Networks has a cunning plan to change how companies buy, use, and manage networking equipment. It involves Linux, and any success the company has will come at the expense of incumbent networking giants such as Cisco, Juniper, and Brocade.

The company came out of stealth on Wednesday at the data center infrastructure love-in known as GigaOm Structure. Its technology is a network operating system named "Cumulus Linux" that runs on low-cost networking hardware made by a variety of Asian vendors.

Cumulus Networks' chief executive J. R. Rivers is a longtime veteran of the industry, having worked both at Google and Cisco. His company's tech goes against the expensive, proprietary hardware upon which Cisco has built its networking empire. Though high-end networking gear will always have a place in technologically intensive fields such as high-frequency trading or supercomputing, much of the industry can be served by gear based on commodity chips from companies like Broadcom, he contends.

Rivers founded the company after being frustrated by the failure of incumbent networking companies to adapt to the way cloud computing is shaking up traditional hardware. He tells us that he once tried to convince a team of Cisco executives of the benefits of building management tools atop cheap hardware, but his arguments fell on deaf ears.

The company's OS is a Linux operating system that has been designed for networking via support for route tables, arp tables, acls, interface management, "and a whole host of other system information such as power, fans and sensors," according to Cumulus Networks.

Cumulus Linux means "the front panel ports of the switching fabric appear to the linux kernel as if they are standard NICs. ... we accelerate the data path using the switching silicon while preserving the control and management abstractions of standard Linux."

It has been designed to work on commodity network gear built by Asian device manufacturers such as Quanta, Accton, and Agema. These companies typically only build hardware if a customer has enough scale to justify a major production run, so Rivers has spent the last few years developing a manufacturing ecosystem that means companies can be assured of supply of the gear, even if they aren't as large as typical consumers like Amazon and Google.

Cumulus Linux hooks into this hardware, giving companies the performance of bare-metal gear without the lock-in afforded by being tied to a single vendor's hardware, Rivers says.

It all sounds a bit too good to be true.

Enter Amazon Web Services. What has us convinced that Cumulus isn't a cloud of hot air [Sorry.—Ed.], is that the company's press release claims that "Cumulus Linux is in large-scale commercial deployment with one of the world’s biggest cloud providers." Coincidentally, alongside Cumulus' launch, Amazon Web Services lead data center designer and technician, James Hamilton, blogged with great enthusiasm about the company, which is a stong signal that Amazon may be using the technology.

Cumulus supports a broad range of ODM produced routing platforms built upon Broadcom networking ASICs. They provide everything it takes above the bare metal router to turn an ODM platform into a production quality router. Included is support for both layer 2 switching and layer 3 routing protocols including OSPF (v2 and V3) and BGP. Because the Cumulus system includes and is hosted on a Linux distribution (Debian), many of the standard tools, management, and monitoring systems just work. For example, they support Puppet, Chef, collectd, SNMP, Nagios, bash, python, perl, and ruby.

There's a lot to the post, but suffice to say a hugely influential person within the world's largest public cloud is excited by Cumulus.

Cumulus is but one of a wave of companies trying to take on the networking industry. However, many of these fly under the banner of software-defined networking via support for the OpenFlow protocol. Cumulus does not do this, JR tells us, because they don't quite see the demand among their customers. Instead, they are focused on building networking software that can be configurable and controllable by companies, without being attached to an expensive piece of hardware.

The forces behind Cumulus are the same that have driven the massive changes in the storage and server industries, and they stem more from economics than technology.

It seems to us that destiny of companies like Cumulus is to enjoy great success at the expense of traditional networking vendors, not so much because of a performance or technology advantage, but because their approach affords large-scale buyers the guarantee of choice. Since Cumulus stick one OS on top of a broad pool of hardware available from a divergent amount of suppliers, buyers can be afforded the flexibility of choice in the infrastructure market, and the use of a well-described operating system means they won't run into weird proprietary surprises, as people can when they interact with a feature designed by one of the major technology vendors.

None of this means switches with good performance and wrapped-in management suites will go away, of course, but for sophisticated buyers, products like Cumulus Networks are likely to be far more tempting than solutions designed by major networking vendors.

Cumulus Linux is available through an annual subscription-pricing model that includes support and maintenance, at a price that goes up according to the power of the underlying switch. ®