CLOUD TO SUCK UP ALL YOUR CASH: Govts around world slash IT spending

Survey: Bring your own device, because we sure as hell won't buy you one 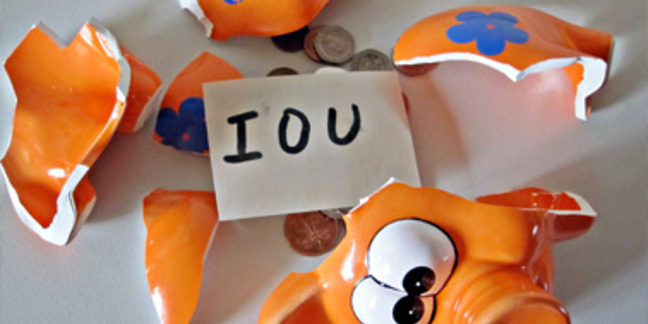 Governments around the world have made plans to cut their IT spending, according to a study, although apparently they're still really keen on the "cloud" and have also shown some interest in "Big Data".

Analysts were forced to alter their optimistic predictions of 0.2 per cent growth due to continued problems with weak economic performance.

Researchers factored in spending on hardware, software, IT services and telecommunications in order to make the predictions.

The top three areas governments want to splurge cash on are: mobile technologies, IT modernisation and cloud computing, while there is also "strong interest" in professional services and Big Data.

“Cloud computing, in particular, continues to increase compared with prior years, driven by economic conditions and a shift from capital expenditure to operational expenditure, as well as potentially more important factors such as faster deployment and reduced risk,” said Christine Arcaris, research director at Gartner.

“Other areas, such as data centre consolidation, are lower on the list than in previous years, perhaps demonstrating that they may have met resistance in a more strategic roll-out. Vendors should be ready to reposition offerings according to these changing market dynamics.”

Between 30 to 50 per cent of respondents are seeking to adopt public and private cloud-based services and will sign up for an active IT services contract within the next 12 months, Gartner found.

Governments are particularly interested in developing a mobile infrastructure, with strong demand in decentralised agencies with large out of office workforces, such as border patrol groups or social workers. This could boost total IT spending, as agencies look to replace their existing hardware with more mobile infrastructure or devices.

Gartner also detected increased enthusiasm for bring-your-own-device schemes, with 52 percent of respondents allowing apparatchiks to use their own smartphones, 50 percent letting employees use their own laptop and 38 percent permitting staff-owned tablets.

Vendors were reminded that BYOD policies could prove to be a bit of a downer, as workers using their own gear could encourage governments to further slash IT budgets.

Big Data is not yet a massive priority for governments, apart from taxmen and auditors.

“Government organisations have increased big data spending for improper payment systems, indicating the desire to tackle fraud, waste and abuse within agencies, as well as target upfront errors in revenue collection,” Arcaris added. “While agencies are assessing how to manage, leverage and store big data, not many have addressed the challenges associated with the utilization of content and the issues associated with merging large amounts of data onto a single platform.”

The research was an "expansive enterprise IT spending study" which quizzed organisations from 13 countries: Australia, Brazil, China, Colombia, Germany, India, Indonesia, Mexico, Russia, Singapore, South Korea, the UK and the US.

Respondents were probed on their IT budget and spending plan as well as current plans for future IT schemes.

The whole report, which is called “User Survey Analysis: IT Spending Priorities in Government, Worldwide, 2013", is available here at a cost of $1,295. ®