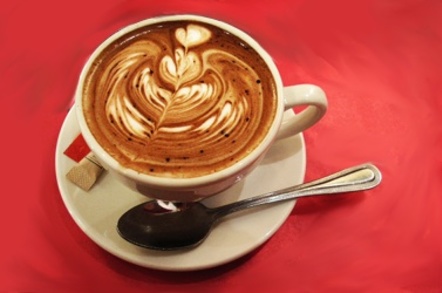 Oracle has announced public availability of Java EE 7, the first major release of the enterprise formulation of Java since the database giant took control of the platform in 2010. The last version shipped way back in 2009.

Support for HTML5 and related technologies is one of the key themes of this release. Among the new APIs included with Java EE 7 are version 2.0 of the Java API for Asynchronous RESTful Web Services (JAX-RS) and new APIs to support WebSockets and JSON processing.

A full list of the features that made it past the Java Community Process final approval ballot – the results of which were announced on April 30 – is available here.

Equally notable, however, are some of the planned features that didn't make it into this release. As is becoming a pattern for the Java development process under Oracle, a number of technologies that were originally slated for Java EE 7 were pushed forward to the next version.

Originally, Oracle had said Java EE 7 was going to be "the best application server for the cloud," complete with built-in support for platform-as-a-service (PaaS) environments and multitenancy. In September 2012, the Java EE 7 Expert Group agreed to defer these capabilities until Java EE 8, claiming that implementing them properly would hold up the current release for at least a year.

"Partially this has been due to a lack of maturity in the space for provisioning, multi-tenancy, elasticity, and the deployment of applications in the cloud," Java EE 7 specification lead Linda DeMichel said at the time. "And partially it is due to our conservative approach in trying to get things 'right' in view of limited industry experience in the cloud area when we started this work."

In January, JCache, a highly anticipated technology which was designed to provide a standard caching API, was also dropped from Java EE 7.

As of these writing, these features are still expected to make it into Java EE 8, but anything could happen between now and then – then next version of Java EE isn't expected to arrive until 2015.

In the meantime, developers who want to begin working with Java EE 7 can do so immediately. Concurrent with the final release of the Java EE 7 spec, Project GlassFish has also released GlassFish 4.0, the latest version of the open source reference implementation of the Java EE standard.

In addition, Oracle's NetBeans IDE has been updated to version 7.3.1, bringing full support for Java EE 7 development and deployment to GlassFish 4.