Apache devs: 'We'll ship no OpenOffice before its time'

There's no race with LibreOffice – honest 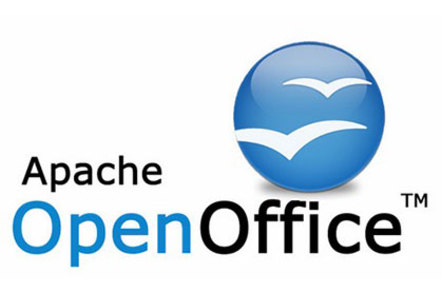 Even as the open source LibreOffice productivity suite readies its next major release, the competing Apache OpenOffice project says not to expect it to ship a new version until it's good and ready.

"On the Apache OpenOffice project we are mainly volunteers, dedicating free time to the project, and that time varies according to school and holiday schedules and other personal needs," Apache developer Rob Weir wrote in a blog post on Monday. "So we cannot stick to a schedule in the same way that a commercial software publisher can."

The Apache OpenOffice project has frequently been criticized for not releasing updated versions of its suite more often. Since becoming a top-level Apache project in October 2012, it has shipped only one minor-point release, version 3.4.1. Version 4.0 is said to be on the way, but no one is willing to speculate on a release date.

"Rather than asking about dates, the smart question is to ask, 'Where in the release cycle are you now?'," Weir wrote on Monday. "In the case of Apache OpenOffice 4.0, we're on that last step, finishing the translation and test work.  How long that step will last will depend on how many bugs are found, how many of them are release blockers, and how long it takes to fix them. These are things that are not easy to predict."

Apache became the official custodian of the OpenOffice code base in June 2011 when Oracle, which had acquired the office suite as part of its 2010 purchase of Sun Microsystems, donated the code and related trademarks – or, as some would say, dumped them.

Since then, the Apache developers have devoted most of their time to cleaning up the code and resolving licensing issues, but have done relatively little in the way of adding new features.

One reason for that is because by the time the Apache Foundation received the OpenOffice code, most of the original OpenOffice developers had already jumped ship to the rival LibreOffice fork, which is being developed by The Document Foundation as a community-driven project.

Since forking the beta release of OpenOffice 3.3, the LibreOffice project has delivered four major-number releases and multiple minor ones, bringing the suite's current version number up to 4.0. Each release has included a mix of bug fixes, code improvements, and new features, which has meant the LibreOffice code has increasingly diverged from the Apache-maintained fork.

On Monday, LibreOffice developer Fridrich Strba announced that the second beta release of LibreOffice 4.1.0 is ready for testing, in keeping with the plan to publish the final release the week of July 22, 2013.

Unlike Apache OpenOffice, the LibreOffice project does set deadlines for each new major and minor version of the suite, although there's usually a week's worth of wiggle room built into each.

"Time based release trains have been shown to produce the best quality Free software," the project's website explains. "A time based release is one that does not wait for either features, or bug fixes – but is based (as purely as possible) on time. This enforces discipline in introducing fixes, gives predictability, and allows more regular releasing."

But Weir said the Apache group doesn't see it that way, mainly for reasons of practicality.

"In commercial software development arbitrary dates can (sometimes) be met, by dropping quality (or features) or by adding resources to tasks (increasing costs)," he wrote. "To some extent open source projects can also try to hit arbitrary dates by dropping quality. But unlike commercial endeavors open source projects don't have the same ability to add resources to recover a schedule slip."

Weir says Apache OpenOffice would welcome more volunteers to help with various parts of the project, and that interested developers should inquire via its website. ®