NSA Prism: Why I'm boycotting US cloud tech - and you should too

'Not subject to American law' - the next desirable IT feature 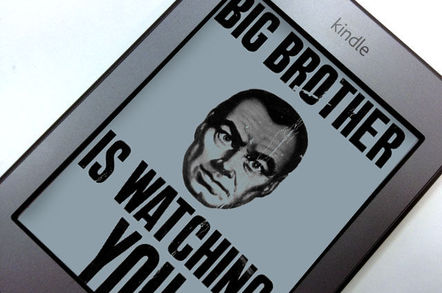 Opinion So, America's National Security Agency has been tapping up US internet giants to gather information about foreigners online, allegedly sharing that data with Britain's GCHQ - and gobbling up details about US citizens' phone calls.

When I was a kid my world was full of pro-America propaganda; I never once questioned American exceptionalism and I cheered for the "good guys" in red, white and blue.

Somewhere along the way I became disillusioned with the US, but I'd always figured that a vague sense of unease and a few ethical qualms were as far as that disgruntlement would ever go.

While I do not believe in overarching conspiracies of evil, I do believe that the structure and format of the American political system has become so damaged that the corruption of some individuals in positions of power is inevitable.

Transparency is virtually non-existent, accountability laughable and at the end of the day people unworthy of the power and responsibility they obtain are repeatedly given absolute control over the lives of millions: let's not forget that the US Foreign Intelligence Surveillance Act forces internet giants to share their users' data with government agents and forbids those companies from talking about it.

For all that I am frequently accused of being "anti-American" I hold the US Constitution up as one of the most sacred documents ever written by mankind. (The United Nations Declaration of Human Rights would be the item I consider to be the single most important document in our history as a species.)

The creation of the US Constitution was a symbol of a radically different way of thinking about our place in the world. Others had believed in the same ideals that were embedded in the Constitution long before the founding fathers, but none had ever made it stick. It was perhaps the most important turning point in the social evolution of our species since the development of agriculture.

According to the founders of the US, rights are not something that natural persons are given; that which is given can be easily taken away. Rights are innate and inalienable. All human beings are born with them and they cannot be taken from us.

Governments and businesses, however, have no rights which the people do not grant them. Governments and businesses exist at the sufferance of natural persons only, or at least such was the original grand design. In the intervening years since that document's creation the US has got itself all turned around and gone back to an attitude that the people exist only at the sufferance of the government - and all in the name of "freedom".

Allow me to expand on my thoughts for a moment and pull up the preamble of the US Constitution: "We the People of the United States, in Order to form a more perfect Union, establish Justice, insure domestic Tranquility, provide for the common defence, promote the general Welfare, and secure the Blessings of Liberty to ourselves and our Posterity, do ordain and establish this Constitution for the United States of America." (My emphasis.)

I have always maintained that there exists a distinction between "freedom" and "liberty", at least as words are used in the modern USA. Freedom has become closely tied to commerce and ultimately to property rights: freedom is wrapped up in the American psyche as a word tied to ownership of a home and the right to be king of one's own little castle.

More commonly (especially in politics) it is the right of an individual to form a company and set rules within his company however he chooses.

"Liberty" – a word very rarely used any more – seems to have largely retained its original meaning: the innate right of an individual to live life without interference. Liberty is the right to do, say, purchase, love, laugh, live, cry and whatever else they can think of as they see fit. This is the liberty of which the founding fathers spoke when writing the US Constitution. It is a word whose utterance – and certainly whose meaning – has all but vanished from modern American politics.

This distinction is relevant to today's privacy, political targeting and "war on journalism" scandals because of the power that the word "freedom" has over the American people. Americans are willing to die for this word because they have been conditioned all their lives to do so.

Somewhere along the way Americans - and frankly, I could argue this about the UK and a few other places as well - stopped asking if "freedom" still represents the belief we have all been raised to defend. Is the word as it is used by the politicians and corporations who wield so glibly truly still connected to our ideals?

The dichotomy of liberty and freedom illustrates how over time the populace can be - and has been - manipulated to support an ideology antithetical to those who defend it. The behaviour of nations changed simply by redefining a word through its real-world use.

While both concepts are used and abused with abandon, for the past thirty or so years, when liberty comes into conflict with freedom, freedom has won every time. How much that is a good or bad thing in your personal politics seems to depend entirely on whether or not you actually have any "freedom" to defend.

Those with more to lose are far more willing to reduce the liberty of all in the vain hope of defending their monetisable assets. This is perhaps an explanation for why so many have come to associate freedom with "security at all costs".

Nowhere is this more evident than in the words of politicians themselves. Representative Xavier Becerra (D-CA) crystalises the viewpoint evidenced by those governing the US over the past few decades in just a few words: "To me, what makes us such as great country, is that we cherish freedom so much. But you can't have freedom without security. So you have to find the balance."

Some things are worth dying for

"They that can give up essential liberty to obtain a little temporary safety deserve neither liberty nor safety." – Benjamin Franklin

Canadians, for I am one, are viewed by the world as timid and meek. We cheekily disagree (usually via beer commercials) but our ancestors have bled and died fighting for what they believed in, the same as anyone else's.

Many of those brave men and women sacrificed themselves for a dream given form by the American founding fathers. We have our own history – and we're damned proud of it, thank you very much – but the truth of the matter is that the entire Western world owes the very foundation of its modern beliefs to the US Constitution, in my opinion.

Our place in the world, our relationship with our nation, the role of our government, military, law enforcement and intelligence services were informed by the belief in an inalienable personal liberty that said "governments are beholden to their people". Many of the laws of not only Canada but most of the Western world can be traced back to these beliefs.

The definition of words changes over time, but when our ancestors died with the word freedom on their lips they did not mean "protection of material property and security theatre". They meant "the liberty of individuals to live the lives they choose free of interference". Look across dozens of nations and you will see a history of people fighting and dying for that same liberty, thousands of years before pen was put to paper to immortalise it. Liberty – ours and those of our loved ones – is not only worth dying for, it may well be one of the only things that is.

Next page: When a country goes off the rails, why should we trust its computing systems?
Page:
Tips and corrections
375 Comments

Feds had a hand in PRISM, too

US constitution vs PRISM