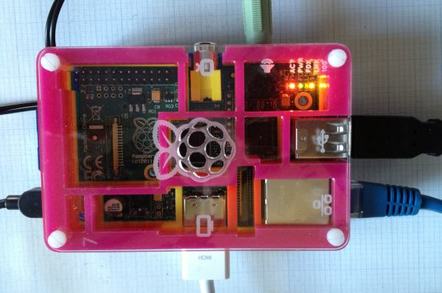 The Raspberry Pi was conceived of as a device so cheap that anyone could buy one, but also just raw enough that putting the computer to work would require users to learn a little about topics like installing operating systems and confronting BIOS settings.

It turns out that “put some people off” to the extent they shelved their Pis, according to the Pi Guys, as they've summoned a new tool called New Out Of Box Software (NOOBS) into existence so that getting a Pi up and running is much easier.

NOOBS comes as a .Zip file that, once unpacked to a SD card, will allow users to boot their Pi and chose from a list of operating systems they wish to run on the computer.

Importantly, this can all happen without network access on the Pi (downloading NOOBS on some other machine will need a network, of course).

NOOBS installs users' preferred OS onto the SD card and stays on that card so users can continue to access the graphical editor it offers for config.txt. The software also includes a browser so that once NOOBs is running users can reach a search engine and look for help beyond that which the package offers.

NOOBS has taken pride of place on the Pi's downloads page , where it is now the “recommended” download.

It's not hard to see the advent of NOOBs as a betrayal of the Pi's original raison d'être, inasmuch as it removes the need to learn how to acquire and install a Linux image and then removes the need for acquainting oneself with editing config.txt.

A kinder analysis could suggest that if those tasks are getting in the way of Pi buyers getting their computers running and getting their hands on Scratch to start programming, NOOBs is a good thing.

Over to you, Reg readers. Is this a dumbing down? A sell out? A sensible way to get even more people using Pis? Or something else entirely? Get thee to the comments field! ®