A journey through the legend's fantasies 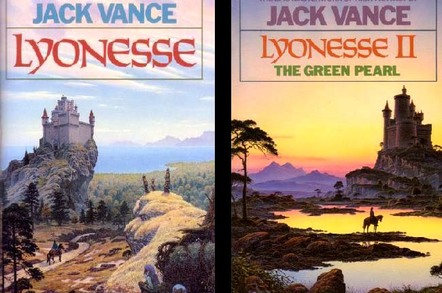 Obituary I was on holiday in the Mediterranean, finishing the third book in Jack Vance’s Cadwal Chronicles trilogy, when I heard of his death at the age of 96. Vance hadn’t written any major works for a few years, but readers and writers of science fiction will be nonetheless poorer for his passing on 26 May, 2013.

The first Vance novel I read was Lyonesse, back in 1984 and before it became better known as Suldrun’s Garden, the first instalment of the Lyonesse trilogy. It was the author’s 1983 take on high fantasy, a sub-genre back then undergoing one of its periodic revivals in popularity. I’d read Tolkien, of course, and a fair few of his more recent followers, David Eddings and Terry Brooks among them, but none of their worlds quite came so magically to life for me the way Vance’s Lyonesse did. 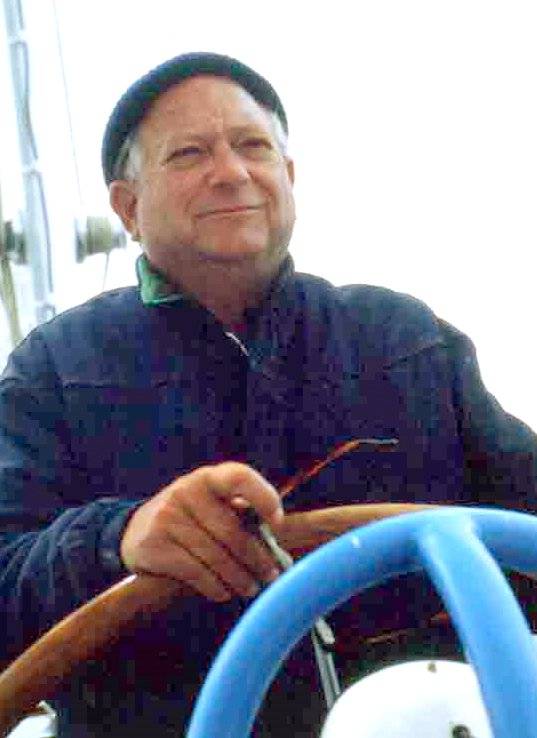 It’s one the least clichéd, certainly the most colourful, most sensual fantasy series ever written. It’s packed with magic and mischief, crazy cultures and fantastic fashions, and populated with characters driven by any of a thousand motivations. It has the dreamy quality of a fairy tale, yet the same hard edge of historical context that makes The Lord of the Rings the trilogy it is. Unlike Tolkien’s work, it feels populated by real beings not Anglo-Saxon archetypes or spectral horrors.

And, years before Game of Thrones, there’s a lot of sex, much of it vigorous and... unusual.

Lyonesse - aka The Elder Isles - itself is a large archipelago off the south-west coast of Britain, though it’s a land that owes more to the islands of the southern Mediterranean than the storm-tossed eastern Atlantic. Lyonesse is ten per cent south-west Ireland, ten per cent rural England, 20 per cent Sardinia, 60 per cent Peloponesian Greece. If you’ve read Lyonesse, you can’t travel to any of those places, especially if you step off the beaten track a little, without Vance’s Inn at Twitten’s Corner, the Tantrevalles Forest, the Troice countryside, or the Dahaut estuary springing to mind.

Vance was a native of California, grew up in San Francisco, and eventually settled in Oakland. He and his wife Norma, who passed away in 2008, travelled far and wide, particularly in Europe and Central Asia, and he lined the roof of his own-built home with Kashmiri wooden carvings; it’s a traveller’s eagerness to immerse themselves in the sights, sounds, smells and tastes - Vance’s fiction is big on food - of foreign lands that most colours his work. 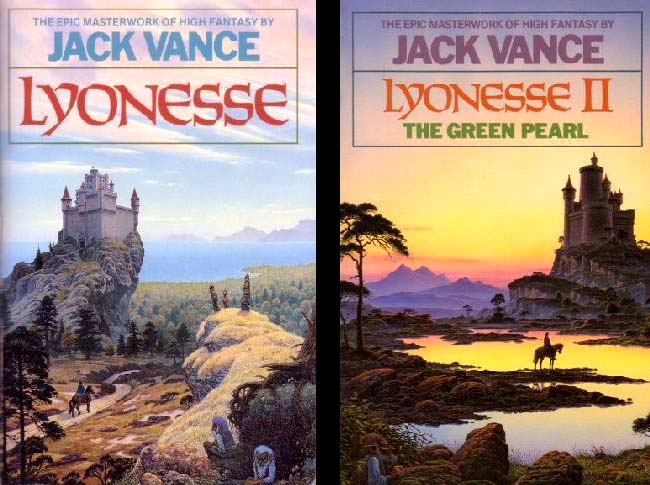 Not merely the medieval setting of the three Lyonesse novels - Suldrun’s Garden, The Green Pearl and Madouc - but the space-travelling milieu of Vance’s Gaean Reach stories and his other sci-fi worlds are all rich in cultural detail and idiosyncrasy not just incident.

If there’s a weakness in Vance’s fiction, it’s that many of his principal characters tend to similarity. Lyonesse’s Aillas of Troicinet, the Cadwal Chronicles’ Glawen Clattuc, the Planet of Adventure tetralogy’s Adam Reith, the Demon Princes series’ Kirth Gersen, Maske: Thaery’s Jubal Droad, Emphyrio’s Ghyl Tarvoke - there’s not a great deal of separation between them - heroes all, resourceful, intelligent and decisive, slightly standoffish, relying more on smarts than muscles.

His female leads are likewise cut from a similar cloth: whether it’s Wayness Tamm or the ill-fated Secily Veder of the Cadwal Chronicles, Tatzel from The Green Pearl or Jean Parlier from Abercrombie Station and Cholwell’s Chickens - novellas later combined into a single book, Monsters in Orbit (think what zero gravity might do for your waistline) - they are attractive, feisty, well-proportioned young women. Vance liked the ladies, though he rarely descends into crude stereotypes, and his female characters come in all shapes and sizes, and can be as mean, manipulative and self-obsessed as the men.

If Vance is a tad weak on heroes and heroines, his incidental characters take up the slack: from Lyonesse’s scheming sorcerers, Machiavellian kings, surly inn-keepers, lordly fops, deviant knights and sexually predacious trolls to the failure-prone smooth-tongued rogue Cugel, who features in two of Vance’s four Dying Earth books - set on a temporally far distant Earth where technology and magic really have become indistinguishable, and only echoes of current geography remain. 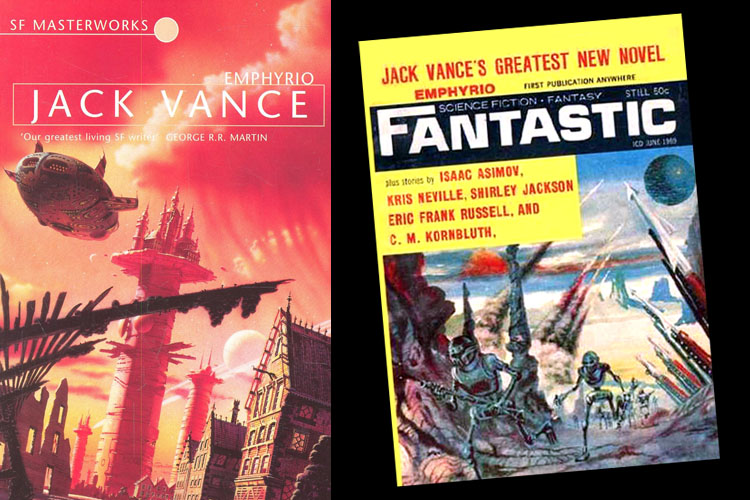 And all speak in Vance’s baroque, mordant language. If the Coen Brothers made sci-fi or fantasy movies, their films would sound a lot like Vance’s dialogue. Raising Arizona’s “Edwina’s insides were a rocky place where my seed could find no purchase” wouldn’t sound out of place coming, not from Nick Cage’s H.I. McDunnough, but from any number of Vance protagonists.

Little of Vance’s work is overtly comedic - 1976’s Hitch-Hikers Guide to the Galaxy-esque Maske:Thaery is perhaps a notable exception - but you can’t keep the smile off your face reading any of the others - the deadpan humour and the rococo language always prompt a chuckle.

Not that Vance couldn’t do serious: his 1969 novel Emphyrio is a case in point. It’s the story of a young man driven to take action against a constrained but not repressive social structure - lords literally above, the masses below. Protagonist Ghyl Tarvoke is no earnest social reformer; his rebellion is mundane and motivated by the inspiring example of the long-dead peoples’ hero.

Here, Vance’s prose is less curlicued than it can be, allowing the story to be told directly, without the ornamented style that a more literary writer may apply. But Emphyrio is no less moving or lacking in insight. It’s about many things: how we change our outlook as we grow from childhood to adulthood; our relationship with our parents; and oppression in many subtle forms, such as the economic circumstances society imposes upon us, and the weight of history - Brits should understand that - especially when history and legend diverge. It also looks at the pros and cons of the welfare state versus free enterprise, how heroes are as human as we are, and a lot more besides.

More to the point, it’s also a cracking yarn. 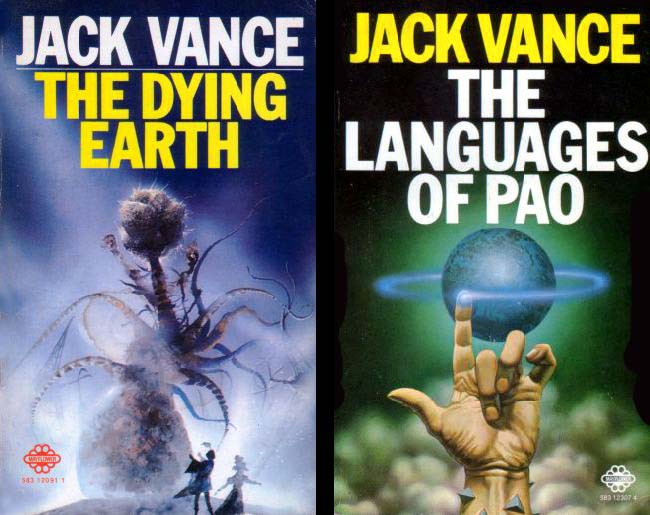 Like most sci-fi and fantasy writers of his era, Vance began writing in the 1940s when science fiction was all about tall stories. He’d managed to avoid combat in the Second World War thanks to his poor eyesight - from the 1980s onwards he was all but blind, writing with the help of specially written software - but served in the merchant navy after memorising the sight test letters. He’d already worked as a Pearl Harbor shipyard electrician before the war, and as a rigger in the conflict’s early months, and would enjoy boats and sailing for the rest of his life.

Unsurprisingly, his early work was short stories sold to the growing number of monthly story magazines, among them Thrilling Wonder Stories, Galaxy and Astounding. Many commissions followed, and like many writers, Vance adopted an array of pseudonyms in order to get more work. In the 1950s, he would branch out of science fiction into crime fiction, penning novels under his real name, John Holbrook Vance.

Vance pulled together many of his connected short stories into novels, but during the 1960s he focussed more on full-length works, the early ones first published in serial form. The late 1960s saw the publication of the Planet of Adventure quartet - one part of which, Servants of the Wankh, prompted so many giggles on this side of the Atlantic that Vance changed the name to Wannek when it was republished in the new century.

Indeed, the Vance Integral Edition project, established by fans upset by so many of Vance’s books going out of print - the short stories by then only available in exceedingly rare 1990s hardback editions - allowed the author to make good changes imposed by magazine editors and to make corrections of his own. 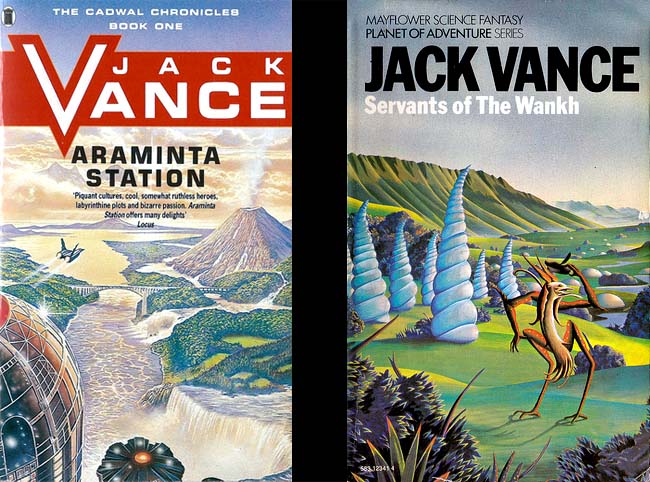 The 44-volume VIE, always intended to be produced in a limited print run, is now unavailable itself, but it lives on in the ebooks published in the UK by Orion’s SF Gateway imprint and in the States by the Spatterlight Press.

Vance was lauded by the sci-fi community with Hugo Awards in 1963 and 1967 for, respectively, his novellas The Dragon Masters and The Last Castle, which was also granted a 1966 Nebula Award. Madouc won him a World Fantasy Award in 1990. Seven years later, The Science Fiction and Fantasy Writers of America made him its fourteenth Grand Master - he’d already won a World Fantasy Award for Life Achievement, in 1984. And in 2001 he was inducted into the Science Fiction Hall of Fame. ®