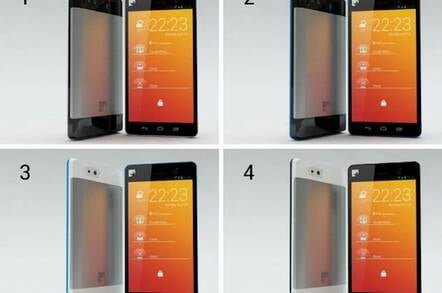 Fairphone, the organisation that aims to offer the world a more politically-correct smartphone, has secured 5,000 pre-orders, a milestone that will enable it to put the phone into production.

The Android-powered mobe is designed to be recyclable, will be made in a factory where workers are paid and treated well, and uses materials sourced from parts of the Democratic Republic of the Congo that aren't in a state of war - and therefore don't enrich warlords. It has a replaceable battery, two SIMs and a myriad features designed to make it a conscience-salving acquisition. Sold at €325, the handset is also rootable, boasts a quad-core CPU, four-inch screen and a pair of cameras: 8MP rear-facing and 1.3MP in your face.

The “social enterprise” behind the phone set a goal of 5,000 sales, as that level of commitment would give it sufficient funds to set a production line in motion. The company today reached that target and is about to finalise the design and place an order for 20,000 handsets. Orders remain open until June 13th, but buyers will miss out on the special edition promised to the first 5,000 buyers.

Fairphone expects to make a profit but says it will use that cash to plan further products that continue its mission to make “fair” products and, along the way, help hold the entire industry to a higher standard.

The mobes will arrive in the Northern Hemisphere autumn/fall, in recyclable packaging. ®