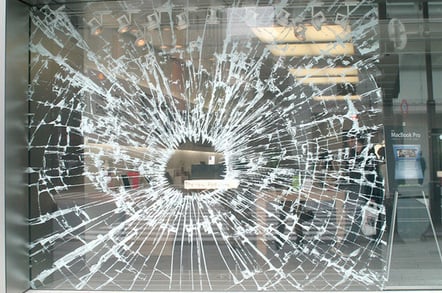 The Australian Securities and Investment Commission (ASIC), has told a hearing of the Australian Parliament's Senate Estimates committee that its attempt to block access to the IP address of one investment scam site could have blocked 250,000 sites in total.

The Commission told Estimates yesterday that it first conceived of the idea of using “section 313 notices” to attack investment scammers in 2012. By the kind of thundering coincidence that would destroy any detective novel, that was also about the time that the Australian Federal Police (AFP) started using the same regime to get Australia's largest ISPs to filter out content on the Interpol “worst of the worst” list. The AFP did so after Australia backed away from a policy to build a national internet filter.

However, ASIC said the AFP's actions had nothing to do with its decision, and that it had been considering ways to block investment cold-call scams for some time. The problem ASIC is trying to deal with is mass-calling campaigns launched by scammers who then direct victims to Websites, at which they register and hand over their money.

In its opening statement to the committee (Crikey has a copy here), ASIC said that in addition to the blocking of an IP address that took out 1,200 sites hosted at the same address, a similar request in March blocked 250,000 sites. In its defence, the commission said most of the URLs hosted at the target IP “appear to contain no substantive content” and that fewer than 1,000 “active” sites had been affected (El Reg presumes that the remaining 249,000 were parked domains).

The agency told Estimates its use of requests under Section 313 of the Telecommunications Act to have sites taken down was, in part, conceived because domain registries often responded slowly to its requests to pull scammers' registrations.

Here's some of the action from the hearing.

The Estimates session also proved conclusively that fax is not yet dead in Australia: the Section 313 request is in the form of a letter “faxed out to the telecommunications carriers”. ASIC focuses on the largest carriers only, on the basis that any retailers using their wholesale services will also be unable to serve blocked sites. ®