Phoenix IT group's profits turn to smoking pile of ashes

Not called 'Phoenix' for nothing, honest, mutter execs 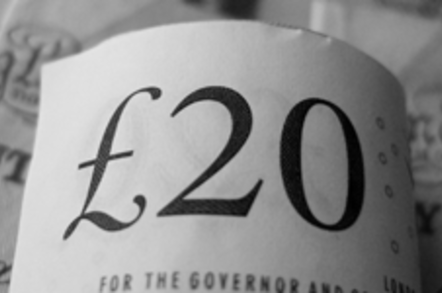 Managers at the beleaguered Phoenix IT group haven't had much luck in fiscal '13, with personnel changes, accounting woes and the flatlining economy all weighing heavily on them.

The meagre fruits of their labour were laid bare yesterday. Phoenix made an underlying profit from operations of £19m in the twelve months to 31 March, versus £24.1m restated in the previous fiscal year.

But a raft of one-off costs amounting to £72.1m left the business with a statutory operating loss of £53.1m. After finance costs/income and tax were factored in, the net loss was £59.6m compared to a loss of £3.6m a year ago.

A large proportion of these costs, some £67.2m, arose from a non-cash charge for goodwill impairment relating to the "accounting irregularities" at the mid-market unit discovered last autumn.

Back then executives enlisted the help of PwC and Nabarro to pore over the books and found that control processes in its Leeds-based finance department were deliberately circumvented. The finance function was subsequently centralised in Northampton.

"This was a challenging year for the group," said executive chairman Peter Bertram.

In September, CEO Dave Courtley quit after just 15 months at the helm, following numerous changes he had made to the structure of the group that saw hundreds put at risk of redundancy.

"The difficult economic climate, a disruptive reorganisation and the discovery of accounting irregularities all had a detrimental effect on the business and the results for the year," added Bertram.

The Business Continuity wing turned over £54.2m, down 3.7 per cent year-on-year and the order book fell in value to £85.5m, from £101.7m in the previous fiscal year. The pipeline drop was related to a number of large contracts due to renewals being extended by a year.

The firm said it sank cash into the sales team to beef up large managed-services deals, but as a result mid-market product sales volumes and related professional services "suffered".

Senior management changes were subsequently made when the beancounters cleaned up the numbers, and the focus is now squarely on mid-market clients, while the processes around pricing and contract approval have been tuned up, the company said.

In Phoenix's third division, Partner Services, revenues tumbled to £109.2m from £117.2m. Phoenix said customer service levels were knocked about by the re-org.

Bertam and Co are again crossing their fingers for a better fiscal '14, but admitted any turnaround will take time.

"There are issues affecting the group, which whilst being resolved, will continue to negatively impact in the short term. We are planning for revenue growth, particularly in the second half of the current financial year, and believe the group can recover from the difficulties of last year," said Bertram. ®