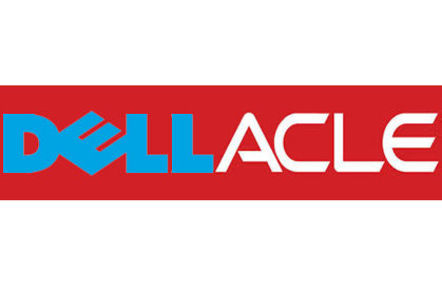 Dell and Oracle are teaming up on x86 servers, and Dell is set to develop a new "infrastructure offering" specifically for Oracle's database software.

In other words, if you were planning on buying one of Oracle's standalone servers rather than a bundled system, you might want to think twice.

The worldwide alliance was announced at the Dell Enterprise Forum in California on Tuesday. It will see the two companies work together on a "Joint Infrastructure Solution", and will also give punters a single point of contact from Dell for support.

The companies will use the alliance to "extend the Dell and Oracle portfolios into new markets," Dell's head of enterprise solutions Marius Haas, said. "This is not something they're doing with everybody. This is the start of many things that we can do together in this market."

The Joint Infrastructure Solution is a pretested and validated set of data-center gear, and will be available as a set of reference architectures. With the announcement, Dell has become Oracle's "preferred x86 partner on which to deploy Oracle software," Dell said in a canned statement.

This signals a shift by Oracle away from its standalone x86 servers and into the more lucrative climes of its engineered systems, we understand.

Oracle's hardware unit has not done well, with Ellison & Co. never managing to ignite the assets they acquired from Sun enough to earn some serious cash – shipments have consistently fallen, contributing to a 23 per cent year-over-year revenue decline for the hardware division in the company's most recent earnings report.

Though Ellison insists that Sun was one of "the most strategic and profitable acquisitions" Oracle ever made, the company has had difficulty in gaining traction in enterprises at a time when many are shifting workloads to clouds – which don't run on Oracle hardware.

By partnering with Dell for x86 servers, Oracle can concentrate on its engineered systems and perhaps its Sparc chips, and leave it to Dell to absorb the punishing margin reductions occuring in server-slingers across the world.

What Dell gets out of this is access to some of Oracle's customers, and presumably the inside track on the Oracle Linux, Oracle VMs, and Oracle Enterprise Manager software which it will be running on the Oracle gear.

Dell recently junked its open source OpenStack-based public cloud, but remains committed to private OpenStack clouds, the company told El Reg in May. We observe that the spirit of OpenStack runs counter to, well, pretty much everything Oracle believes about being in business.

"This partnership with Dell is an extension of Oracle's engineered systems strategy where we simplify IT and reduce integration costs by delivering hardware and software together," Oracle president Mark Hurd said in a statement. "We believe that by working together, Dell will gain significant market share by delivering to its customers an integrated, optimized solution designed to deploy business critical applications."

The wide-ranging worldwide alliance will be seen as a snub to former Oracle partner HP, and a major coup for Dell as the company tries to turn itself around.

Oracle and HP used to have a great relationship, but then Ellison's pal Mark Hurd (then HP CEO) resigned from that company due to a murky sexual harrassment scandal, and went over to Oracle as co-president. Oracle subsequently announced plans to stop supporting HP's itanic Itanium processor, leading to a lengthy court case.

Oracle eventually restarted Itanium development, but we reckon the two-year period of mass confusion hurt HP to the tune of hundreds of millions of dollars. There are a heck of a lot more instances of conflict between Oracle and HP, but suffice to say it all went a bit Wagnerian, and neither company is particularly fond of the other these days.

The new Dell gear for Oracle should be available in the second half of 2013, Dell said. At the time of writing, Dell had not returned requests for more information. ®