Would have cost too much, and there's no demand anyway 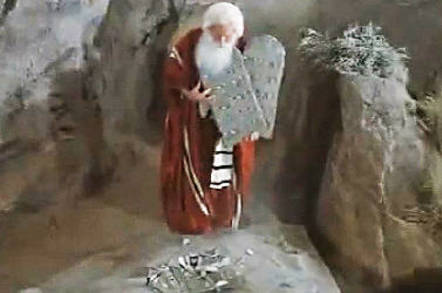 It's been a while since we've heard much about Windows RT from Microsoft's OEM partners, and the latest rumblings from HTC are both good news and bad for Redmond's ARM-based OS, according to sources.

The good news is that the Taiwanese smartphone maker is still moving ahead with plans to ship a 7-inch fondleslab running Windows RT by the end of this year, Bloomberg reports, citing the omnipresent "people familiar with the matter."

The bad news is that HTC has canceled its larger, 12-inch Windows RT tablet over concerns that overall demand for large-format tablets has been weak and that the cost to build such a device would have made its sticker price too expensive for today's market.

If these rumors are true, HTC wouldn't be the first to shelve plans for a Windows RT device. Toshiba canceled its proposed RT tablet last August and Samsung followed suit in January of this year, claiming Microsoft lacked "very clear positioning of what Windows RT meant in the marketplace and what it stood for relative to Windows 8."

Acer, meanwhile, has been threatening to release a Windows RT device for months, but has repeatedly pushed back its plans. In early May, Acer president Jim Wong told the IDG News Service that although the company's WinRT tablet efforts are ongoing, it has no plans to market a product just yet.

"To be honest, there's no value doing the current version of RT," Wong said, though it wasn't clear whether he meant that the forthcoming Windows 8.1 update for Windows RT would be preferable.

Here at San Francisco's Vulture Annex, we have our own opinions on Windows RT. But the simple fact remains that not many customers have even been able to get their hands on Windows RT devices to try them out. Only five such devices have shipped since the OS launched in October 2012, and of those five only one has any appreciable presence in retail stores: Microsoft's own Surface RT.

Redmond's only hope to revive interest in its ARM platform is to get more WinRT devices in stores, but judging by the OEMs' reticence, the chances of that happening in any big way appear slim.

HTC, for one, is in no position to gamble on risky ventures. Sales and profits are way down already, and HTC execs are reportedly fleeing the ship in droves.

The Taiwanese firm has found one way to hedge its bet on Windows RT, however. At the same time that it's readying a 7-inch tablet that runs Microsoft's OS, it's also reportedly preparing a similar piece of kit that runs Android, which it plans to ship at around the same time. After that, it will be up to customers to decide. ®