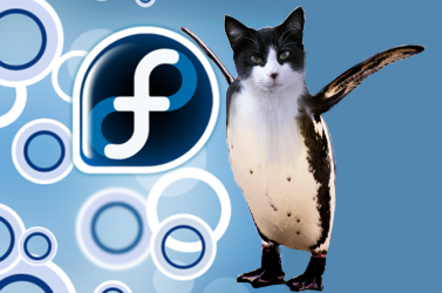 Review The Schrödinger's cat thought experiment, devised by Erwin Schrödinger in 1935, pits the theory of quantum superposition against what we observe to be true.

In the world of Linux distros, in theory the beta version of Fedora 18 was slated for release in early October 2012 with the aim of producing a final build in November that year; what we actually observed in practice was six rounds of delays until mid-January 2013 when the software finally emerged in its completed form.

Why the tortured metaphor? Well, the new beta build of Fedora 19, codenamed Schrödinger's Cat, appears to demonstrate that the Fedora project has managed to align theory and practice. [Not sure this analogy is working - sub-editor]

Essentially, this new beta release sees the Linux distro Fedora getting back to what it's good at: building useful software for developers, and doing so on schedule.

Now that the revamped Anaconda installer and its attendant delays are behind it, Fedora can get back to focusing on the users who have always been its core: programmers. Indeed the Fedora 19 beta is packed with new features primarily aimed at developers rather than desktop users.

Perhaps the most intriguing of these is the new Developer's Assistant, which aims to make setting up your software-building toolchain a bit easier. At least for the beta you'll need to install the devassistant package from Fedora's repositories. Once devassistant is installed, you can do things like: devassistant python django -n ~/myproject and you'll have a fully loaded, working Django project with what devassistant's developers call "sane defaults". 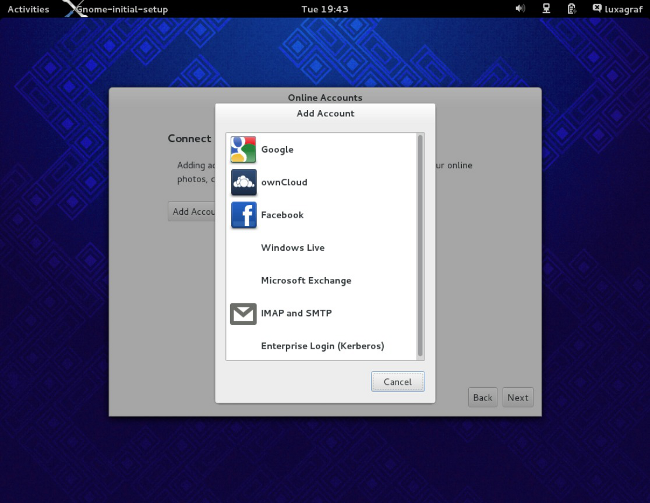 Fedora 19 gets Gnome 3.8, which brings some new social features

Chances are seasoned developers have workflows and environments that are idiosyncratic enough that a tool like devassistant won't produce ideal results, but for new developers looking to setup a workable environment quick, devassistant is a nice touch. There are setups available for pretty much every language – for example, Django for Python devs and Rails for Ruby devs. There are even some setups for Vim, Eclipse and Git, the latter of which devassistant will configure for sharing your code on the web.

This release also ships with OpenShift Origin, a new set of tools to build your own platform-as-a-service (PaaS) system. Origin is the open-source, community-supported version of Red Hat's cloud application product called OpenShift.

Homegrown utilities aren't the only new cloud tools planned for Fedora 19. The popular OpenStack (on a six-month update cycle) has been bumped to the latest version as well. OpenStack Grizzly, as this build is known, boasts some 230 new features.

Fedora is also targeting a hot new area: Linux support for 3D printers. Fedora 19 is expected to ship a variety of tools for designing on-screen models of things and everything you need to send the code over to a 3D printer at your next local maker meetup. The options include OpenSCAD, Skeinforge, SFACT, Printrun, and RepetierHost.

Fedora also prides itself on shipping up-to-date development stacks for Python, Ruby and hosts of other languages, and this release is no different. PHP is up to 5.5, the recently released Ruby 2.0 is included and so is the increasingly popular Node.js JavaScript runtime, which comes with the node packaged modules (npm) manager. 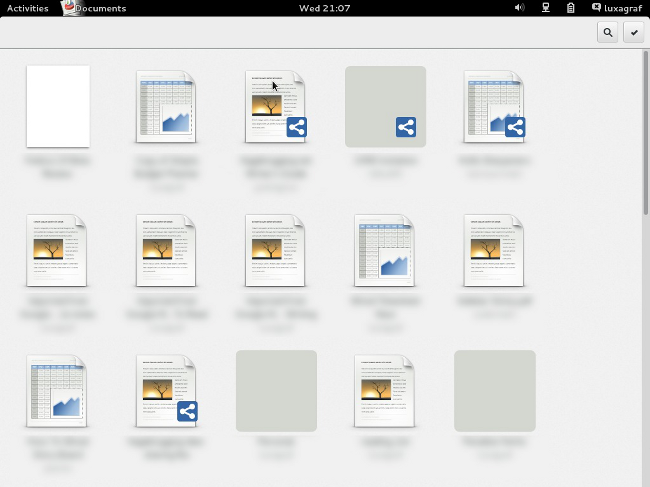 While there's much to like about the coming Fedora 19, like any cat this distro comes with claws that might catch you out. For system admins there's the much-maligned systemd, which is getting better but still seems to make some admins wrinkle up their noses and clutch their init scripts tight.

Fedora 19 adds support for systemd calendar timers (for natural language timers, such as "every monday morning 6:00 am") and systemd resource control, which allows you to modify service settings on the fly without a reboot. What's more, systemd will likely be rolled into the next Red Hat release, which means CentOS and other popular server distros will also all soon be using systemd - it's probably better to make your peace with it now.

On the desktop, the primary Fedora installer is saddled with Gnome 3, which remains an exercise in questionable decisions and poor usability. Fedora 19 gets Gnome 3.8, which brings some new social features, including some slick Google Docs/Drive integration for Documents, the default document management app (ownCloud is also supported for those who eschew Google). There's also classic mode, which brings Gnome 3 back to something approaching the saner world of Gnome 2.

Thankfully for those that don't like Gnome 3, there are plenty of "spins" as Fedora calls them, offering desktops such as KDE, LXDE, Xfce, MATE and even Sugar (the desktop developed for the OLPC project). If you grab the DVD you can also get the latest version of the new Cinnamon desktop from the developers behind Mint Linux.

There are several known bugs still to be fixed and most likely a few that have yet to be discovered, so unless you'd like to help Fedora track them down in painful ways, keep this release in a virtual machine for now. With any luck though Fedora 19 will be available in final form come early July. ®

Let's not forgot that classic Fedora 19 bug, "Fedora 19 bugs cannot be reported because the server side cannot handle the release name 'Schrödinger's Cat'." Said bug in the distro's fault reporting system has now been fixed.