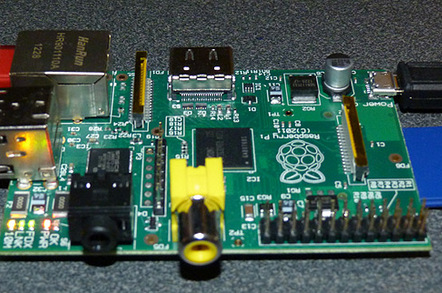 A tech-savvy China-based Redditor has spotted a hassle-free way of ensuring he or she is always able to bypass the Great Firewall, even when out and about, using the Raspberry Pi to connect to a virtual private network (VPN).

VPNs are a necessity for foreigners living in the People’s Republic who want to access sites prohibited by the country’s ubiquitous internet censorship apparatus – business users and consumers alike have come to rely on them to connect to a banned site.

However, although there’s no shortage of foreign VPN providers to choose from, it can be time-consuming to choose, install and open a client if out and about and using machines which are not your own.

I set my Raspberry to automatically connect to my VPN server through OpenVPN, and then share the connection with a wifi dongle, using hostapd software. I use it on a daily basis with my iPhone and Android tablet (way better than the included VPN client) but the good thing is that, wherever I go, I just bring my Raspberry, plug it into ethernet and to any usb plug, and after a few minutes, I have my censor-free Wi-Fi hotspot.

The Redditor claims set-up is fairly simple to do using information on a Wikipedia page and a blog post on Hostapd, and claimed it’s more straightforward than installing OpenVPN on a DD-WRT router.

Although connection to the user’s own VPN server in France takes a long time, it is apparently “stable for hours”.

Like other OpenVPN users, JaiPasInternet was forced to use the slower TCP version after the Chinese authorities effectively blocked access to UDP as part of a renewed crackdown on foreign VPNs in December.

However, services using other VPN protocols PPTP and L2TP have largely been unaffected as they are too tricky to block without shutting down the entire internet, as explained here.

The cat and mouse game between the Chinese government and internet users in the country took another turn back in March with the launch of the VPN Gate Academic Experiment Project – a free public relay VPN service from Japan claiming to offer “strong resistance to firewalls”. ®