IBM boffins want to run your car on air - and lithium 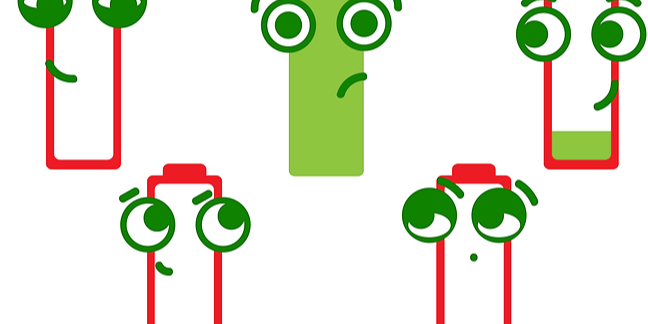 Scientists began buzzing about electrochemical energy cells in the 18th century; consumers bought their first low-density Lithium-ion batteries in the late 1980s, and industry became hooked on the things in the 1990s. Ever since, the comedy electronic-device conflagration has been as much a staple of tech news kibble as the hilarious satnav blunder.

But despite a long gestation period and some significant advances in the state of the art, Lithium-ion cells today still suffer the kind of problems that generate embarrassing headlines.

Heat – or, rather, overheating - has been the problem: Dell recalled more than four million laptops in 2006 after finding that their Li-ion batteries were catching fire. Nokia recalled 46 million phone batteries a year later in 2007, and Lenovo recalled tens of thousands of batteries in 2009, 2011 and 2012.

Laptops and phones are one thing, but this year Boeing was forced to ground a 50-strong fleet of its 787 Dreamliner jets after a charging issue caused a battery fire on a Nippon Airways flight.

The most explosive incidents likely came as a result of iron filings, not lithium, entering batteries during manufacturing, possibly when crimping the batteries shut. Over time, these pieces of metal managed to create shorts between anodes and cathodes, causing rapid heating and thermal runaway – essentially metal particles were short-circuiting the batteries. Manufacturers today are understandably concerned that it’s also possible to grow lithium dendrites across from a lithium metal anode to the cathode, again causing a short and potentially similar results.

But lithium-ion remains the most common and popular rechargeable battery technology that we have. The recent Dreamliner problem proves the problem hasn’t disappeared since the mid 2000s, despite considerable advances. In fact, advances have pushed Li-ion batteries into new areas, meaning that the kind of problems that once cooked laps are now taking commercial airliners out of service.

Rechargeable lithium-ion batteries have evolved to deliver ever higher energy densities, longer life and greater reliability at lower cost. As a result they have been put to work in a wide range of applications from computers to medical devices, consumer electronics to electric cars.

It’s the electric car application that’s now driving research, development, innovation - and some hype - in the lithium world. The battery industry is by nature quite conservative and operates on fairly linear lines. But labs and research hubs all over the world are now working on improved lithium-ion technologies that could prove to be game-changers, transforming multiple industries if they could only surmount overheating and combustion issues while delivering a step-change in efficiency, durability and recharge times.

Lithium-sulphur technology is one area that could be getting closer to becoming commercial, through the efforts of companies like Sion Power and Polyplus in the US. They would likely be lower cost (sulphur is cheap) and have higher energy density (Sion claims 2600 watt hours per litre) than lithium-ion, but there is still work to be done in harnessing these benefits while simultaneously guaranteeing safe charging cycles and assuring commercial reliability.

And there are other possibilities on the horizon. IBM believes that lithium-air batteries could deliver the significant improvements required to transform the weight, cost and reliability of the next generation of rechargeable batteries – potentially delivering the electric cars we had hoped for before we realised that lithium-ion models would only travel about 75 miles, cost £30,000 a pop, and took up to 16 hours to recharge.

IBM’s Battery 500 Project was developed at the Almaden Institute in 2009 to develop lithium-air technology that it still hopes will improve current energy densities tenfold. The proposed technology uses air as a reagent. In theory oxygen reacts with lithium ions to form lithium peroxide on a carbon matrix during discharge, and on recharge releases oxygen back into the environment, while the lithium returns to the anode.

Sounds like a plan: but will it really work, how far away might it be from becoming commercial, and would it be safe?

Professor Clare Grey, professor of chemistry at Stony Brook University and the University of Cambridge tells The Reg:

“The safety issues of next-generation lithium-ion batteries must be resolved first before ever thinking about commercial applications. A really big game-change would require a technology like lithium-sulphur or possibly lithium-air. But any system using Lithium Metal is still regarded as inherently unsafe, and this hasn’t really entered into the game yet in current Lithium-air projects.”