Phones for the elderly: Testers wanted for senior service

Reg readers, can you help? 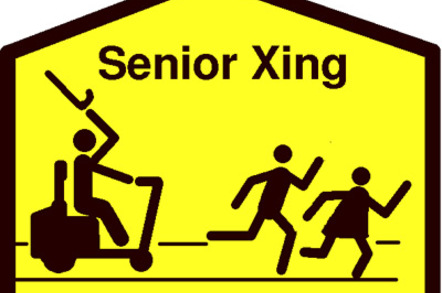 As if getting a business idea from Reg reader comments wasn’t enough for Simon Rockman he now wants help to get it working.

Some time ago I wrote a review of mobile phones for Seniors for The Reg. I’ve often said that the quality of the readers’ comments is one of the things that makes this publication special.

I’d been plotting a mobile phone service for seniors for a while and the one comment chimed with what I wanted to do.

The anonymous coward said: “There's no such thing as the perfect senior phone unless it says ‘operator’ when you pick it up.”

This is just what the French network Bazile does and I had been to see them a month earlier. So I took the observation as a sign to progress my plans. I’ve now got an MVNO agreement in the UK, a call centre, a pile of Doro mobile phones and SIMs.

What I don’t know is if my call centre software is robust enough - it’s been written in C#, Asterisk scripts and Javascript.

A customer calls by pressing a button on the back of the phone and the software looks at the CLI, polls a SQL database, and shows the telephonist the contacts for that customer.

The customer then speaks to the telephonist and says “I’d like to speak to my daughter please” or “can you send a text to my grandson”. The telephonist, like those in the days before Almon Strowger (inventor of the automatic telephone switch), says: "Certainly" and puts the caller through.

Come fly with me

So I need beta testers. People who Reg readers think would be prepared to make three or more calls a day to test our software to test us and train us. This will not be the typical Reg reader but their parents, in-laws or grandparents.

The customer does not need to understand concepts like scrolling, soft keys or updating a phone book. It removes all the technical complication of using a mobile phone by putting a person on the end of the line.

We are starting with routing a call, sending a text and the ability to book a cab or courier and in time we will offer a number of concierge-style services.

It’s free to get on the beta test, but you have to be in the UK. You get a Doro mobile phone and all calls are free for the period of the test. It can’t be used to make calls to premium numbers, international numbers or used while roaming. We’ll make an exception for some 0844 numbers as they are often used by doctors' surgeries.

While we are training, the telephonists work during weekday office hours only – although you can use the phone normally to make and receive calls. I’m looking for 50 testers who will start in early June and run through until we are confident enough to launch. The telephonist service with then become 24 hours.

I don’t like hiding behind a web response page, but publishing my email address on a site with as much traffic as The Reg is a sure way to get more spam than a Viking could cope with.