The cost of your cloudy new console 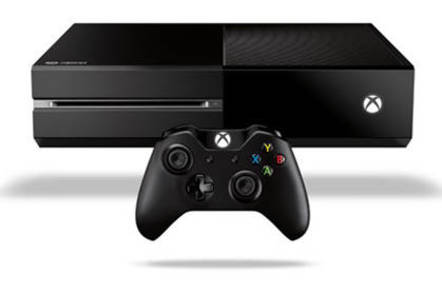 Updated Microsoft has been quite cagey about its plans for games licensing on the new Xbox One, but multiple reports now suggest there's going to be very little incentive for a second-hand games market anymore, and buyers could get stung with extra charges.

On Thursday Consoledeals.co.uk received a note from a senior member of a UK retailer saying that each second-hand Xbox One game will require a £35 ($53) activation fee to run. The source also claimed that would limit the resale price for used games to 10 per cent off the full retail cost.

Now MCV reports another industry source saying that while Microsoft isn't setting prices per se, they are setting up a royalty system for themselves and the game publisher on second hand purchases that provides little incentive for the stocking of a second-hand selection. The store will get about the same percentage of the cost of a game as it would for a new sale.

Once a game has been sold to the shop it is registered and deleted from the seller's Xbox account, and each new game is coded into Microsoft's servers once activated. During the Xbox One launch, Microsoft was keen to point out that an always-on connection for gaming isn't needed, but it seems it will be to access the games themselves.

Microsoft has confirmed that you will still be able to pop around to a friend's house and play a game with them, as long as you sign in on their console and are authorized to play it. But swapping games with your mates doesn't look possible unless you also swap account details.

The Xbox One is going to usher in a new generation of computer games, Microsoft promised at Monday's launch, and with no backward compatibility for older software, the new console is Microsoft's chance to set some new ground rules for its channel and customers.

Microsoft has more titles in development now than at any other time in Xbox history, said Redmond's Game Studios VP Phil Spencer, with 15 titles planned for release in the next year – eight of which will be unique to Xbox. Electronic Arts will provide four of them: the latest versions of FIFA, Madden NFL, NBA Live and Ultimate Fighting Championship.

But the big initial draw for gamers will be exclusive first access to Call of Duty: Ghosts. Activision's CoD franchise is one of the biggest in the business, and Ghosts comes with a new gaming and graphics engine that should drive the FPS fanbois into a purchasing frenzy. Selling the game when they get bored of it might be more difficult, however.

More details will no doubt be shared at the E3 gaming conference next month, but that's not likely to allay the concerns of users and retailers who rather like being able to swap and trade games. If Redmond is looking to reassure people about the new platform, this is hardly the way to do it. ®