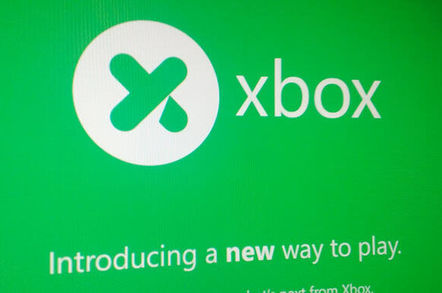 The International Trade Commission (ITC) has denied an attempt by Google to impose a US-wide sales ban on Microsoft's Xbox by rejecting the claim that might have cost Redmond $US4bn in royalties.

"This is a win for Xbox customers and confirms our view that Google had no grounds to block our products," David Howard, Microsoft deputy general counsel, told Reuters.

Motorola and Microsoft have been sparring over patent use by the Xbox for almost three years, long before Google bought the group. Initially Motorola's lawyers claimed the console infringed on its patents for digital video coding, WiFi technology, and graphical passwords.

They initiated action in the ITU, US courts and Europe to bring sales of the Xbox 360 to a halt until the matter was resolved. Motorola wanted a 2.25 per cent surcharge on every console sold, which Microsoft rejected, and initially the ITC agreed violations had taken place in four out of five of the claims.

In January Motorola dropped some of its patent claims against Microsoft for video patents and its civil case in the US was settled in April, with the judge ruling that Redmond was only due four cents a unit, bringing in around $1.8m a year to Chocolate Factory coffers. Now the ITU has sided with Microsoft again.

Motorola has said it is "disappointed with this decision" and is looking at its options, which appear limited.

The case, and far too many others like it, has got legislators wondering if these patent spats haven’t got out of hand and multiple pieces of legislation in now under consideration to do just that. The US Department of Justice and US Patent and Trademark Office have also asked the ITC to show restraint in dealing with blanket ban requests and it seems to have had an effect. ®