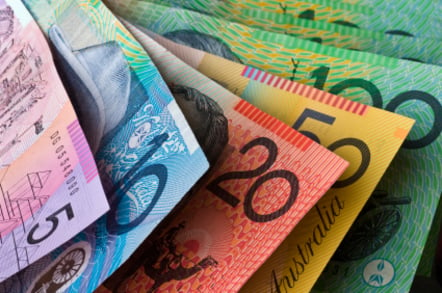 Opponents of shared IT services in government have a new case study they can point to, and NetApp's busy executives have another tricky item to consider after a major Australian shared services organisation failed.

That agency is CenITex, created in 2008 by the government of Australian state Victoria. CenITex's original vision called for it to handle standard IT chores for a wide range of government agencies. Storage fell under that remit as it was felt economies of scale would help the State save some cash.

NetApp was anointed CenITex's preferred storage supplier back in 2010, with about 50PB of capacity mentioned as a starting point and growth to 200PB floated as likely.

When Australian States hand over the kind of coin required to stand up 50PB of storage to foreign companies they look for something in return. That's because governments like to ensure such deals are not all about cash flowing out of Australia and onto a US balance sheet.

NetApp's “something” was a promise to establish its first global centre of excellence for virtualisation in Melbourne, Victoria's capital city. That facility was expected to eventually employ about 100 people, if this government press release can be trusted.

NetApp's commitment to build the centre allowed it to build on work it has done for two of its bigger local and global customers, the telco Telstra and services outfit Suncorp. Both run NetApp fleets so large that during the noughties the company helped to federate them.

Both projects took place before cloud became a buzzword, but The Reg understands both companies operate what we would now call a private cloud on NetApp kit. We also understand that some of the code cut for those customers made its way into NetApp's secure multi-tenancy and cloud storage products.

Staff who worked on the two projects therefore formed the core of the centre of excellence team.The Reg understands the centre is yet to reach its projected staffing levels but is on track to reach headcount agreed between NetApp and the government of Victoria.

Whatever the headcount, the centre's raison d'être may soon be called into question because CenITex seems likely to change direction after never quite delivering on the vision for cheaper standardised IT services.

The outfit's clients reported outages and poor service. A government probe found nepotistic procurement practices (to which NetApp is not in any way linked) had resulted in some contractors taking home wads of cash without doing much in return.

Once Victoria's government changed to a party with a more right-wing viewpoint than its predecessor, change became all-but-certain.

This week, Melbourne newspaper The Age unearthed management's plans for Cenitex's future, in the form of a presentation delivered by management to staff this week. The presentation, avaialble on Scribd, outlines an intention to change direction from shared services provider to broker for outsourced services.

The presentation makes it clear CenITex can't continue to base its business on provision of IT services to government agencies, because it can't match the price other providers can now deliver. It also says the company's environment has become too complex to compete with other providers. As CenITex was established to stop government agencies developing their own complex and costly IT, the presentation all-but admits CenITex failed in its shared services mission.

The presentation also has some unkind words about the state of the outfit's storage, describing 75 per cent of it as “legacy” and saying clients don't have the cash to buy upgrades.

NetApp's not been blamed for anything that's gone on at CenITex. Nor have other known suppliers BMC, Dimension Data or McAfee. But the storage company may well have more to lose because CenITex is such a big account.

NetApp's Australian outpost declined to comment, suggesting though its PR company that as the contents of the presentation are yet to be officially announced any comment would be premature. The presentation also makes it plain that existing contracts will be honoured, so NetApp is safe for as long as CenITex provides storage services, which looks to be some time in 2016.

CenITex hasn't confirmed the veracity or provenance of the presentation, but has not disputed it either, making it increasingly likely it will become a byword for shared services gone bad. ®