SAP in search of autistic software engineers who 'think different' 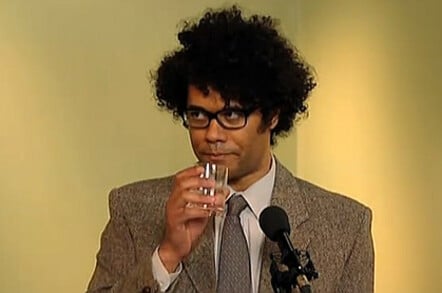 SAP wants to hire engineers diagnosed with autism - or people who "think differently" in the words of the enterprise software giant.

In a big push to fill out its ranks of developers, testers and bods involved in data quality assurance, SAP has turned to Specialisterne, a group dedicated to finding work for those with autism.

The global drive will last “several years”, starting in the US, Canada and Germany in 2013, SAP said. It follows a successful pilot programme between SAP Labs and Specialisterne in India where six people with autism were hired as software testers working on the corporate giant’s core Business Suite of applications.

“As a result, the team has increased their productivity and cohesiveness in key areas,” SAP said in a statement. A second pilot is planned for Ireland, with screening underway to fill five positions.

“We share a common belief that innovation comes from the ‘edges’. Only by employing people who think differently and spark innovation will SAP be prepared to handle the challenges of the 21st century,” said SAP human resources director Luisa Delgado.

Specialisterne called SAP its first global, multinational partner. “SAP [will] motivate the ecosystem to follow its example,” founder of Specialisterne and chairman of the board for the Specialist People Foundation Thorkil Sonne said in a statement.

According to the National Autistic Society, autism is a serious disorder* that affects people in many different ways; commonly, though, those diagnosed with autism can struggle when talking to or interacting with others. It affects more than 1 in 100 people in the UK, and only 15 per cent of adults with autism in Blighty are in full-time paid employment, we're told.

People with Asperger syndrome, a form of austism, are often of average or above average intelligence, the society noted. ®

* Some autistic individuals take exception to the characterisation of the condition as a "disorder" and are not particularly keen to join the ranks of the so-called "neurotypicals".