Actually just a £3m PaaS gig for background check services. But it's progress 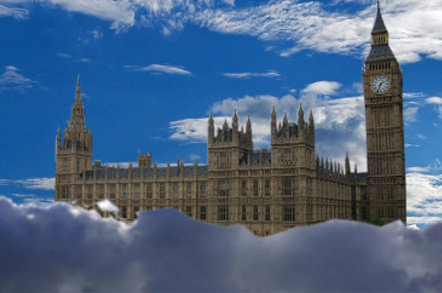 Skyscape Cloud Services has fired the first shot into the hearts of large tech integrators that have grown fat off the public sector purse after signing £3m two-year Platform-as-a-Service contract worth £1.5m a year.

The PaaS gig - the biggest deal on the G-Cloud framework to date - is to provide a cloudy, utility-based platform on which Indian software developer TCS writes and deploys applications for the Disclosure and Barring Service (DBS).

Previously, Capita ran the CRB services for 11 years but did not come out on top in the contract tendered by the Home Office on CloudStore, the online catalogue of G-Cloud suppliers.

A bullish Simon Hansford, CTO at Skyscape, who hinted at the deal to us last month, said business on G-Cloud is ramping.

"The momentum behind this is tremendous. We've got a big pipeline and expect significant growth. The big integrators are briefing against it [G-Cloud] because it is not in their interests, it's too disruptive," he told The Channel.

He said the DBS contract was roughly twice the size of Skyscape's biggest deal on G-Cloud so far - an £800,000 contract to host gov.uk - and six times bigger than the nearest one booked by another G-Cloud supplier Huddle.

As we've reported previously, the level of business placed on G-Cloud disappointed some suppliers in the first iteration, standing at £2.28m over six months.

The second version improved, but spending levels (circa £18m) were hardly sufficient to support Cabinet Office aims to buy tech as a service via the CloudStore first rather than the traditional methods.

Software development outsourcer TCS is writing applications to provide DBS customers with access to the data, and the site is expected to go live in March next year. TCS was contracted by DBS for five years to write code.

Sitting behind Skyscape's two largest G-Cloud deals on record is one signed between content security and management biz Huddle and the Ministry of Justice. The ministry bought 3,000 Huddle user licences for £251,000 a year over a two-year period.

Skyscape is one of three G-Cloud suppliers to hold a pan-government accreditation for IL3 data - meaning it does not need to re-accredit for each contract, which can be costly and time consuming. The others are SCC and Atos. ®