Stand back, everyone! Dragons' Den ace HAS FOUND THE CLOUD 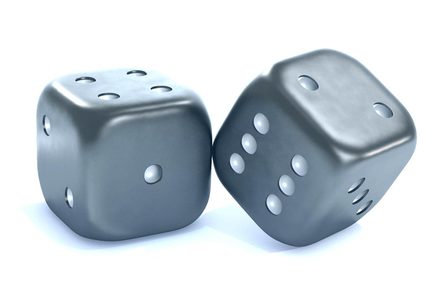 The wait is almost over for any Brit wanting to take a punt on a homegrown cloud services firm: the UK-based Outsourcery is poised to list on the Alternative Investment Market (AIM)* this Friday.

The Manchester-headquartered business is placing a little more than 11.5 million Ordinary Shares at 110 pence giving it a market capitalisation of £34.6m - at least that is the company's estimation.

This will give Outsourcery CEO Piers Linney - recently introduced on Dragons' Den as a "digital entrepreneur" - and his management team £11m before expenses to fund the group to "cash flow break-even" and £1.7m (again before expenses) to realise capitalised loans.

"We have invested in and developed a world-leading and enterprise-grade platform for growth," said Linney in a canned statement.

The problem for investors is that the business, incorporated in 2010 according to a Companies House filing, has not yet built a up a set of results that justify the CEO's grand claims about potential.

In 2012, P&L accounts showed that Outsourcery had posted a net loss of £10m after hauling in £3.6m worth of revenues.

In 2011, the company sold its Vodafone mobile and data business to AIM-listed telco services player Daisy Group for £12m.

Outsourcery sells a range of cloudy wares through some 200 reseller partners as well as directly to customers, which include Pearson Plc and the London Business School.

The firm said today it had sunk £30m into business development and the creation of the O-Cloud platform. It said Outsourcery's near-term growth would be assisted by its "proximity to Microsoft", as Redmond is still the dominant force in desktops. Outsourcery's platform is based on Microsoft's cloudy software.

The firm's management added that it is focused on annuity revenues - among the key performance indicators for which will provide the market with regular updates.

But as Anthony Miller, managing partner at TechMarketView, pointed out in his blog this morning, "profits and cash do not appear to be among them [key performance indicators]".

Linney and Newton own a combined 51.4 per cent of the business, with ETIVE Capital holding a 17.5 per cent stake and Investec Investment carrying 4.2 per cent.

After the firm's admission to AIM, the joint CEOs will own 31.8 per cent collectively and ETIVE Capital will hang on to 11.9 per cent. ®

* The London Stock Exchange's incubator market, which allows small and medium businesses to float shares within a more flexible framework than that of the main market.