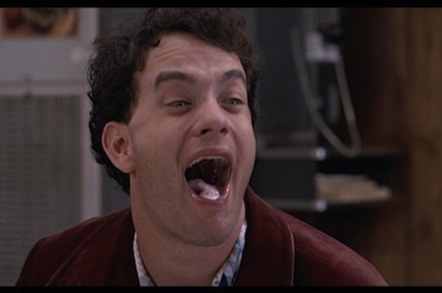 At the end of 2012, Education Secretary Michael Gove told Parliament that he wanted "to share extracts of data held in the National Pupil Database for a wider range of purposes than possible in order to maximise the value of this rich dataset".

Ultimately, the government wants the private sector to tout "tools and services which present anonymised versions" of records on Blighty's kids.

The proposals were little reported beyond the pages of The Register, and it appeared Gove was trying to quickly wave his plans in front of politicos before getting legislation passed this spring.

However, the government has now responded to a public consultation on the proposed amendments to Individual Pupil Information Prescribed Persons Regulations [PDF], which would allow the wider data sharing, and changed the wording of some of its more contentious plans.

Whitehall claimed on Friday that it was addressing concerns expressed by privacy activists about how the National Pupil Database (NPD) could be used. The officials said:

Whilst the majority of responses indicated support for the proposal (with the caveat of accompanying rigorous data safety controls) a significant minority were strongly opposed to the proposed amendment. These respondents believed any potential benefits were outweighed by concerns about data security and the potential misuse of personal information.

Some respondents were also concerned that the current proposals could allow for the release of data to the media and commercial sectors. They believed that the consultation document had an allowance for data to be indirectly used to assist planning and/or marketing strategies.

By removing the reference to ‘data based products and services’ from the amended regulations the department is being clear that data will only be released for work that benefits children.

But, significantly, Gove's plans to overhaul the regulation have not been binned. The government's response makes it clear that it still plans to widen the usage of data held in the NPD, which includes information about a child's education at different stages of development. It explained:

Following the consultation the department has decided to broaden the sharing of data from persons ‘conducting research into the educational achievement of pupils’ to ‘persons who, for the purpose of promoting the education or well-being of children in England are — conducting research or analysis, producing statistics, or providing information, advice or guidance, and who require individual pupil information for the purpose’.

It has removed a reference to allowing sharing of the data to those "providing data based products and services". The government said the section that mentions "producing statistics" had replaced that statement to clarify that "the data will only be shared for purposes that benefit children."

Whitehall said that the revised wording reflected the Department of Education's aims to widen the use of the NPD data beyond research into education attainment.

Researchers who need access to some of the data contained within the NPD have privately expressed to El Reg that Gove's proposed regulatory overhaul was desperately needed. But some admitted that it was still possible to identify a child from its "anonymised" records.

The same point about problems around anonymisation and possible security breaches of the data were noted in the government's response to the consultation.

But it's unclear whether Gove has U-turned on some of his more controversial plans, or if he is simply trying to appease privacy worrywarts by changing some of the wording in his proposals.

The amended regulations will be laid before Parliament later this month, the government said.

"The new regulations would come into force 21 days after this date," it added. "Applications to access the data under the new arrangements will be considered after this point." ®

Comment Says there are 'clear public benefits' with such a plan, though

But Department for Education admits historic data will be retained

As if connected toys weren't creepy enough, kids' data could be used against them in future

Watchdog tells manufacturers to reveal what they slurp on tots