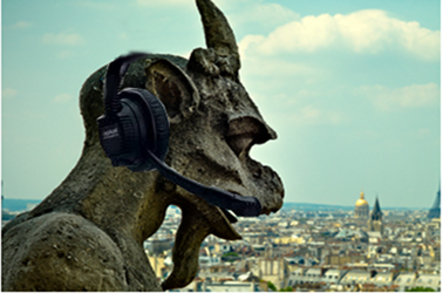 Most people can't bear to use automated call centre phone lines for even a few minutes. But one former IT manager has spent seven years on the phone in a bid to produce a map of Britain's phone menus.

Nigel Clarke, a self-confessed "call centre menu enthusiast", released details of his project today on a site called www.pleasepress1.com. One of the site's users described the feat as “the biggest breakthrough this side of the Enigma machine".

After fitting in his crusade against the talking robots around a full time job, Clarke finally quit his job last year to dedicate himself to call centre cartography.

He has made more than 12,000 calls in a bid to produce maps of automated lines used by firms in Britain, some with up to 7 menu levels and 80 options. Many of these are so circuitous and confusing that phoning them is like entering the "modern equivalent of Dante’s circles of hell”, he said.

If everyone used his crib sheets to bypass the systems, Clarke insisted, Britons could save a total of one billion minutes of call time.

Clarke added: "“Everyone knows that calling your insurance or gas company is a pain but for most, it’s not an everyday problem.

"However, the cumulative effect of these calls is really quite devastating when you’re moving house or having an issue. I’ve been working in IT for over 30 years and nothing gets me riled up like having my time wasted through inefficient design.

"This is why I’ve devoted the best part of seven years to solving this issue.”

Clarke found that more than two-thirds of call centres also use introductions, adding an extra few annoying seconds to each call. El Reg can also add that these are often voiced by super-annoying, shiny happy young people whose positive demeanour is as grating as high grade sandpaper.

Clarke's main enemy is Her Majesty's Revenue and Customs service, where it can take up to six minutes just to get through their phone menus, after which the angry taxpayer has to wait in a queue to be put through to a human being. The call centre crusader claimed that if they sharpened up this system, more than three million caller hours could be saved on their system alone.

Here are some of the other worst offenders and the codes you need to bypass them:

To tell Lloyds TSB that a water leak has damaged your property.

To make an income tax enquiry with HMRC

To ask Sainsbury's for a travel brochure, so you can use up Nectar points

Clarke's Please Press 1 service is free to use. His sums assume that 40 million adults ring call centres 24 times a year, which makes a total of 960,000,000 calls. If they each saved a minute on each call, assuming a cost of 10p per minute, this would result in a total saving of £96million.

A spokesman for Please Press 1 said:

"We believe that good customer service should come as standard, and that this should extend to the phone menu systems that customers have to navigate. Our aim is for companies to give much more consideration to their customers when designing these menus, by making them as simple and quick to use as possible." ®