Intel Centerton server-class Atoms: How low can you go? 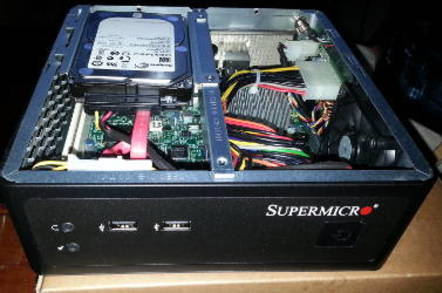 Review In late 2012 Intel launched Centerton: the first in its new line of Atom-based server processors. Hoping to cut ARM's invasion of the data centre off at the pass, these low-power CPUs are targeted at an emerging "Metal as a Service" movement that sees a return of unique workloads to individual processors.

I've finally gotten my grubby little mitts on one in the form of the X9SBAA-F and have run it through the wringer to see how it stacks up.

Supermicro provided the unit in the cute 101i mini-ITX chassis. This particular motherboard and chassis was my idea in the first place; Supermicro showed me its new "display computer" based on this chassis, but for various reasons I was far more interested in the idea of an IPMI-enabled microserver in a chassis with a VESA mounting kit. Ultimately, I am left questioning the combination.

I like the chassis rather a lot; a mini-ITX core-series motherboard in this thing would be the sort of widget I'd buy in bulk. The Centerton S1260 has a max TDP of 8.5 watts; the whole system, when redlined, doesn't hit 20W.

But the power supply for the chassis is a 60W efficiency level IV device. This is wild overkill and can lead to losing as much as 20 per cent of the power as heat. Clearly, these new microservers will require some rethinking to deal with in bulk. 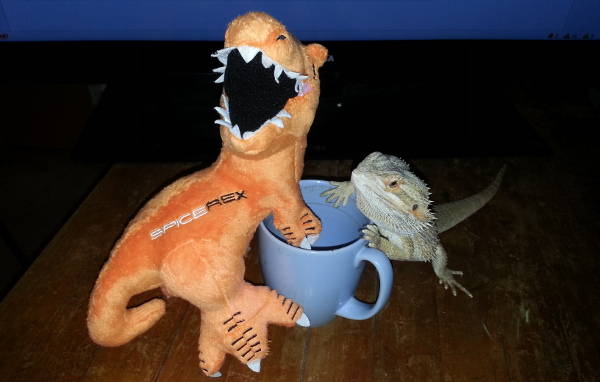 How to train your dragon ... Peter is evicted from his
home while his heat lamps are used for testing

Supermicro claims an operating temperature range of 0 to 60°C for the motherboard on its product page; believe it*. I tossed it under two of my bearded dragon's heat lamps until it was somewhere around 63°C and it worked just fine throughout all of my tests. This is a passively cooled processor and I disabled the sole chassis fan for the duration of the test; I am very impressed. Intel and Supermicro have both done very well on the thermals front.

I find it hard to categorize the performance of the system. This is the first Atom server-class processor. I have yet to get the opportunity to test an ARM server processor of the class that is supposed to compete with these units. Atoms are not out-of-order execution processors; they are such a completely different beast to modern Chipzilla cores that the last major point of reference for this design was the P5 microarchitecture in the Pentium MMX. Even the Pentium Pros were out-of-order processors. 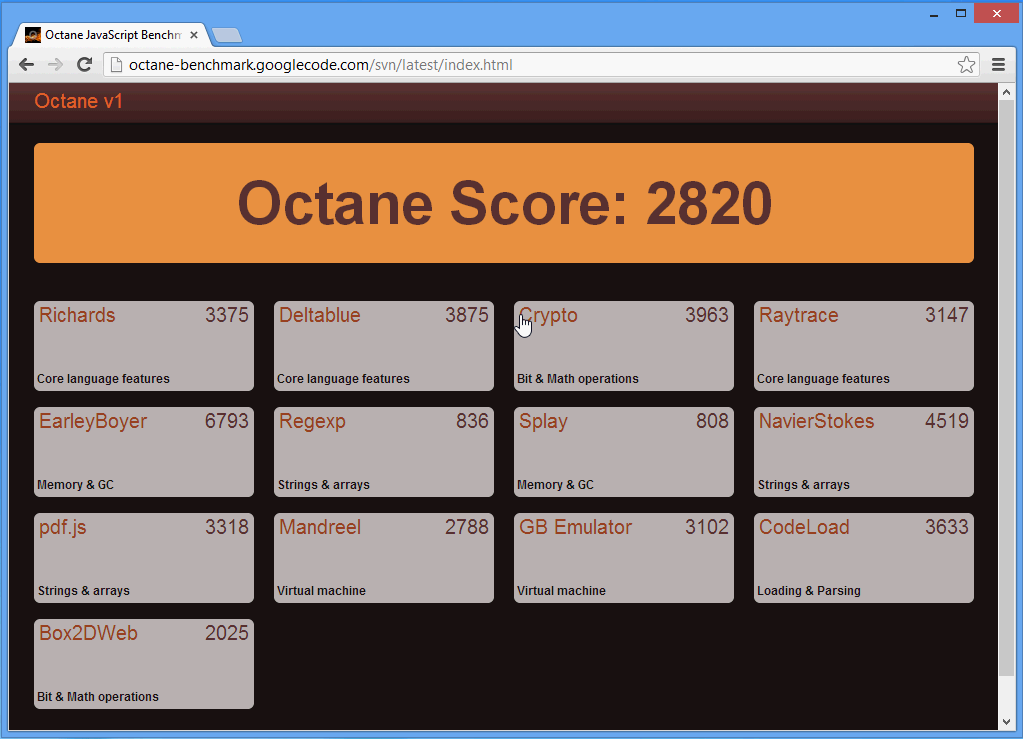 That makes the Atom ten times faster on CPU clock frequency (on two cores and a total of four processor threads) for 23 per cent of the operational power load. Given the age delta between the two systems, there wasn't a whole lot of benchmarks I could run in common between them. The few things I could run showed the S1260 to have at least 60 times the performance of the Pentium MMX 200. So a minimum of 60x the performance for about a quarter of the power usage. Impressive. 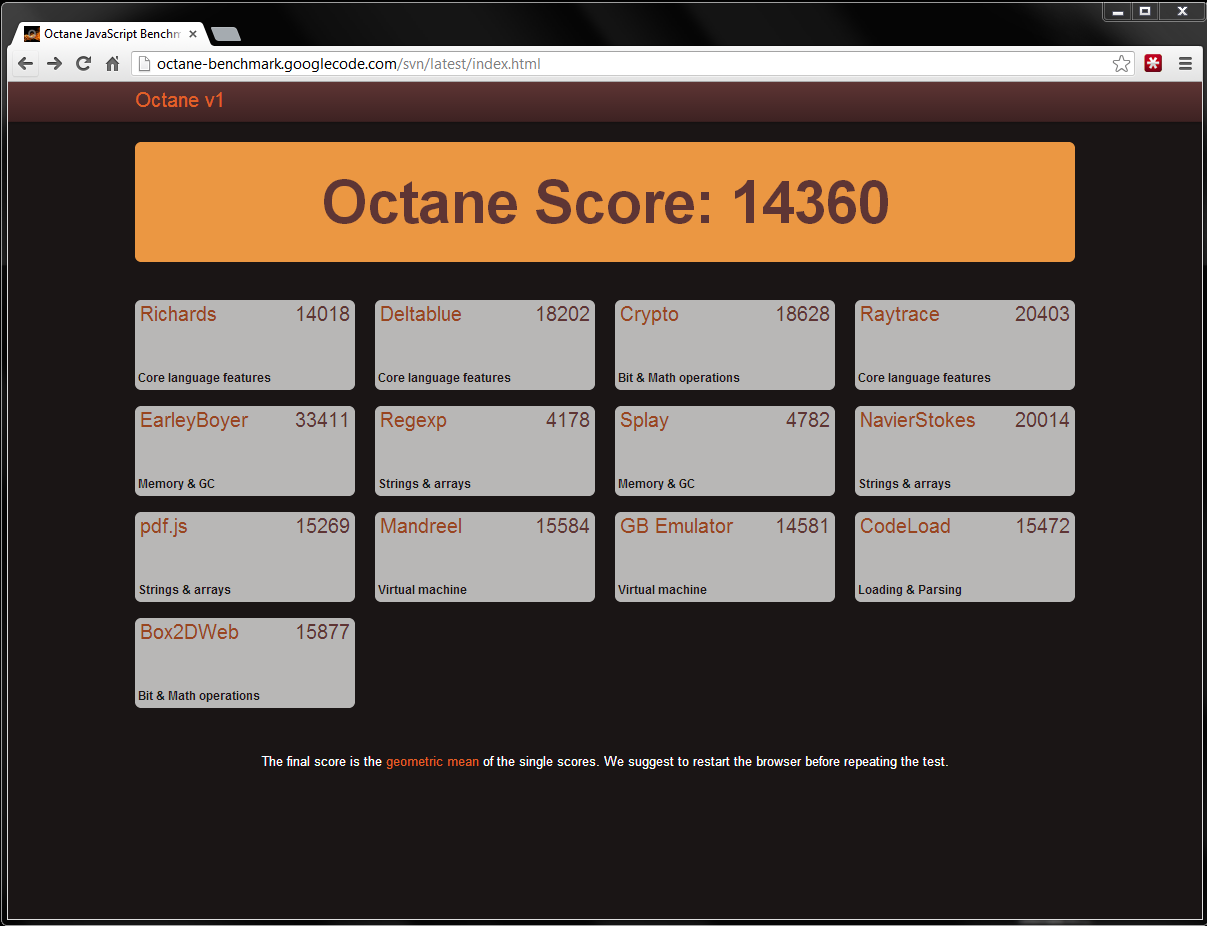 Comparing it directly to a modern out-of-order processor - which can reschedule instructions in code to run software more efficiently - has proven to be far more difficult. The Centerton Atom has no graphics acceleration hardware of its own so I wanted to choose a test that would completely remove that from the equation. I settled on the Octane JavaScript test running in Google Chrome; it gives me a good opportunity to compare work on a thread-for-thread-basis.

After disabling turbo boost, the Core i7 2820QM (2.3GHz) in my Alienware MX18 is roughly five times the speed of the S1260 while running a single instance of Octane. That's quite a bit of difference considering the clock speed is only 15 per cent higher on the i7.

The Core i7 2820QM is an older chip; it uses the Sandy Bridge design, not the newer Ivy Bridge. It is a 45W part; roughly 5.3x the power consumption of the S1260. Running up one instance per processor thread (and thus engaging hyperthreading) imposes an 80 per cent penalty per thread on each CPU, but the ratio of the performance difference remained the same.

So in a single processor thread, alone, the Core i7 2820QM is only 5x as fast as the Atom S1260, but with all such threads loaded it can do ten times as much work! Obviously, if all you are running is a single thread then 5.3x power consumption makes it pretty iffy on a performance per watt basis. But as soon as you start loading up more than one thread – or you use the newer Ivy Bridge CPUs as the basis for comparison – there is absolutely no contest. The Centerton Atoms absolutely can not match modern Core processors in a pure performance per watt battle.

Next page: Well, fine. But how idle are you? Power-wise, of course
Page:
Tips and corrections
29 Comments