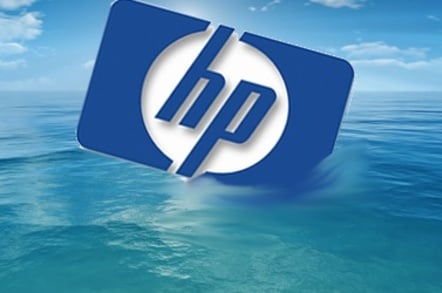 Bill McDermott, co-chief exec of SAP, told the UK's Times that the firm had been approached by HP after it was told the business was "available", but SAP wasn't keen on the idea.

"We were aware that it was on the market at one time but were never seriously interested in Autonomy," he said.

Certain folks in the tech industry were apparently made "aware" that Autonomy was on the block sometime before last month - at a time when HP chief Meg Whitman insisted, during a visit to London, that the British subsidiary was not for sale. At that stage, Whitman was still saying that HP would continue operating its $11bn purchase, despite having to write down its value by $8.8bn.

"It is an almost magical technology. It plays into a big shift in the market, the area of ‘Big Data’, which HP should be in."

Neither HP nor SAP had returned a request for comment at the time of publication.

HP admitted that the Autonomy buy-up wasn't the dream it hoped it would be late last year, writing down its value while accusing the upstart biz of fudging its accounts ahead of its acquisition. Autonomy's founder and ex-CEO Mike Lynch has denied any wrongdoing.

HP shareholders have reacted with a lawsuit that accuses HP of knowing Autonomy was a duff deal.

According to that legal action, HP knew there were accounting irregularities at Autonomy and that its main technologies were outdated, and even tried to pull out of the deal, but it was too late. Rather than admit to the mistake straight away, the investors allege, HP continued to talk up the deal and then "discovered" that there were accounting issues after the sale went through. ®

A HP spokesman has been in touch to say: “Contrary to reports in the media, HP has no interest is selling Autonomy. During the past year, we’ve received inquiries from SAP about purchasing HP software assets, and time and again we’ve said 'no'. We believe Autonomy will play an important role in HP’s long-term strategy.”

Autonomy Trial What do you think I am? A chartered accountant?

Look out, Pepe: Martha Lane Fox has a plan

HP shareholders advised to give chairman Ray Lane the boot

Lane should have poked around a bit in the Autonomy deal