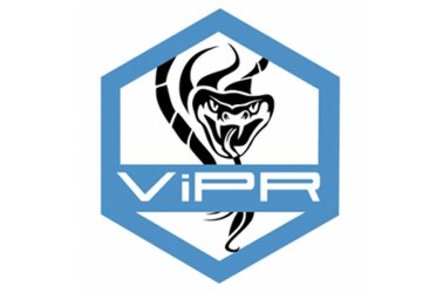 Comment How do you avoid a snakebite from the ViPR that EMC has let loose in the storage jungle? El Reg storage desk has spoken to some of its competitors about their "software-defined" antidotes.

ViPR can work as a storage controller for traditional and newer infrastructures and also talk to older systems, EMC said on Monday.

ViPR is not in the data path and it can issue its storage management function requests to underlying arrays such as EMC's VMAX, VNX, Isilon and Atmos products, plus NetApp FAS arrays. EMC is also promising more third-party array support. EMC claims ViPR can also talk to commodity storage that may be leased by cloud service providers.

In short, ViPR is EMC's software-defined storage product - and, as you all know, "software defined" is the new "cloud".

We have comments from HDS, NetApp, Nexenta and Solidfire.

HDS: We've been doing it for years...

HDS's Michael Hay, product planning VP, blogged about ViPR, saying: "We innovated separation of the control and data planes within the block storage infrastructure layer and Hitachi has subsequently cascaded this approach in our Hitachi NAS Platform (HNAS) and HCP offerings.

"Moreover, a deeper look at our Hitachi Virtual Storage Platform (VSP) and its little brother Hitachi Unified Storage VM (HUS-VM) reveals a Hardware Abstraction Layer (HAL) ensuring a high degree of flexibility in our choice of physical infrastructure — hmm ... I wonder where that is going."

Rather confusingly, he adds:

So this week if you’re spellbound by a ringleader’s sizzling showmanship while he announces the latest hijinks of the Bourne clown troupe masquerading as a fire brigade to “save the storage world as we know it,” pause and ask: “Where’s the beef?” If you ask this question, and I believe you will, I have an answer for you and it is coming later this month.

Are we going to see a HUS-VM type of product that's available just as software?

NetApp says EMC is trying to catch up

NetApp says it's glad EMC has embraced a software-defined storage strategy because that's what NetApp has been doing for years with ONTAP, decoupling storage services from storage hardware devices. It says its SVM (Storage Virtual Machine) functionality in Clustered Data ONTAP provides hardware independence and it can use NetApp hardware or commodity hardware in the cloud through Amazon Web Services.

Well, yes, software-defined storage means storage defined by software and, in EMC's sense, software divorced from the hardware and using the hardware as it sees fit (via APIs). Thus ViPR is layered above VMAX, VNX, Isilon and Atmos arrays in EMC's product pantheon. It's just an app that runs in servers.

But you cannot buy the V-Series software separated from the V-Series controller (server) hardware on which it runs. It is not divorced from the hardware although it is, effectively, just another X86 app. You can buy ONTAP Edge, NetApp software which runs as a VMware VM VIrtual Storage Appliance (VSA) and includes ONTAP-V.

Data ONTAP Edge converts the server’s internal disk drives into a flexible storage platform, giving you many of the same benefits as a dedicated NetApp storage system...

Data ONTAP Edge includes the NetApp Data ONTAP-v operating system, whose native data deduplication and FlexClone, SnapVault, and SnapRestore software leverages your central site’s NetApp storage system for data backup, data recovery, and archiving of remote-site data. The result is that your remote offices can participate in your shared IT infrastructure with the same levels of efficiency and flexibility that Data ONTAP provides in your data centre.

SVM doesn't appear on NetApp's website product page or the A-to-Z product list. NetApp could, if it wished, extend ONTAP V so that it became a fully fledged storage management system that virtualised heterogeneous arrays and, effectively do what ViPR does - become "ONTAP's ViPR", in effect.

Next page: Nexenta says it's the leader: Would anyone agree?
Page:
Tips and corrections