Identity cards: How Labour lost power in a case of mistaken ID

Harman: 'Who is this Chris Huhne?' 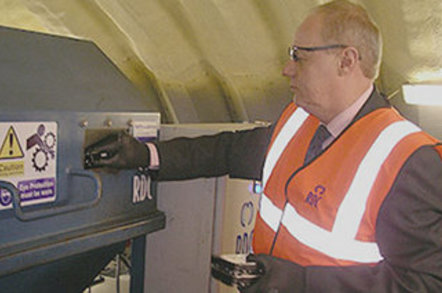 Book extract Today, we publish the next extract from SA Mathieson's book on ID cards in Britain, following on from a disastrous trial of the technology in Manchester in 2009.

The general election of 6 May 2010 saw significant losses for the Labour party. But by time of the 7 May’s new dawn, it was clear that the Conservatives were short of an overall majority.

So that afternoon saw David Cameron publicly repeating his manifesto invitation to join the government of Britain, this time to just 57 people: the just-elected Liberal Democrat MPs who could provide him with a working majority.

The Lib Dems had been preparing for this for months. A team opened formal negotiations with the Conservatives within hours of Mr Cameron’s offer. While some areas, including electoral reform, presented significant problems, civil liberties were not among them. On Sunday 9 May, the Conservative and Lib Dem teams compared notes on the subject, with Oliver Letwin leading for the Tories. “Oliver is, of course, a closet Lib Dem,” Lib Dem negotiator David Laws [in his 2010 book 22 days in May] reports William Hague saying, noting that this was not an area where agreement was difficult. Mr Letwin was also one of David Blunkett’s original “intellectual pygmies”, having opposed the entitlement card plans [as ID cards were then known] in Parliament in July 2002.

Several senior Liberal Democrats wanted the party to go the extra mile in attempting to build a coalition with Labour, which held 258 seats; if most of the minority parties agreed to support a Lib-Lab deal, the two parties might just be able to form a government. However, Lib Dem leader Nick Clegg believed that such a government could not be led by Gordon Brown. On the evening of Monday 10 May, Labour’s negotiating team was late in reaching room 391 of Portcullis House because they had just heard Mr Brown announcing he would step down as prime minister.

The meeting went badly. When discussing identity cards with Chris Huhne, leader of the Commons Harriet Harman – described by Mr Laws as wearing a smile “that was simultaneously pained, patronising and sceptical” – said: “Look, Alan Johnson really needs to talk this through with whoever the Lib Dem home affairs spokesperson is.”

“That would be Chris,” replied Danny Alexander, the Lib Dem MP leading the negotiations. On the issue itself, the two sides could not agree on scrapping the cards and the national identity register, with Labour offering only to take “no further action” during the new Parliament – which, given the scheme was already underway, was not much of a concession. With a similar lack of progress across the board, the negotiating team told Nick Clegg it could not recommend any kind of Lib-Lab deal: “We would be chaining ourselves to a decaying corpse,” wrote Mr Laws.

Nevertheless, the two teams agreed to meet again on the morning of Tuesday 11 May. The meeting started in near-farce, with Peter Mandelson announcing that economic issues could be left to chancellor Alistair Darling and Lib Dem Treasury lead Vince Cable, who were about to meet. No they aren’t, replied Danny Alexander, who had heard about Mr Darling’s car being sent to pick up Mr Cable and told him not to go as it would undermine the main negotiations. In fact, Mr Cable did visit Mr Darling – he took the train instead, assuming that his colleagues simply didn’t want him taking a ministerial car. However, the two men had nothing more than a short chat.

Despite the poor start, the Labour team were ready to make concessions. And so it was, that on the morning of 11 May 2010 in Portcullis House meeting room 391, transport secretary (for a few more hours) Andrew Adonis consigned the identity card scheme to history by agreeing that a Lib-Lab coalition would dump it – although Labour still wanted to keep biometric passports with fingerprints.

On this issue and most others the Liberal Democrats had a better offer, with a party that was more likely to produce a stable coalition. At quarter past seven that evening, the Lib Dem and Conservative negotiating teams watched Gordon Brown resign as prime minister in Downing Street, a few yards away from their Cabinet Office meeting room, as the final draft of their seven page agreement rolled out of the printer. Section 10, headed ‘Civil liberties’, pledged “the scrapping of the ID card scheme, the national identity register, the next generation of biometric passports and the Contact Point database”. ®

This is an extract from SA Mathieson’s book, Card declined: how Britain said no to ID cards, three times over, available in e-book for £2.99 (PDF or Kindle) or in print for £4.99. Click here for more in the series