PCs built for people not designed by data 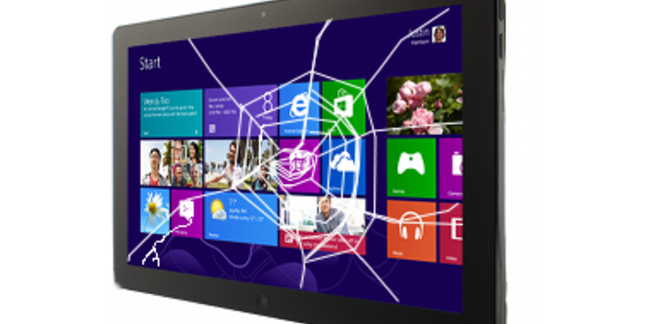 Microsoft has decided to backtrack on Windows 8 and loosen the Metro straitjacket the new OS applies to the traditional desktop.

This U-turn is being described by commentators as Microsoft’s ""New Coke Moment" – where a business drops a brand-new flavour and reverts to the trusted and loved old recipe following a backlash from angry consumers. But your correspondent would argue it should really be described as a "Vista moment".

What's a "Vista moment", you say? It describes the point in time when a top Redmond exec publicly admits things aren’t quite as rosy with a brand new Windows operating system as they’d originally advertised.

It is from this point onwards when those MS troops - who’d previously chalked up reports of problems in the new Windows to the evil doings of the media and people who didn’t “get it” - suddenly find it acceptable to talk about the problems.

This time it’s the Windows group’s Tami Reller who has fired the starting pistol for Microsofties to pile onto Windows 8. She's done so in a set of coordinated meetings with a select number press used to deliver the official message. Reller told the Financial Times that "key aspects” of Windows 8 will be changed.

In a separate chat with Mary-Jo Foley, Reller said the supposed update to Windows 8, part of a raft of changes codenamed "Blue", will “address customer feedback” received on Windows 8 and Windows RT.

The word will now start fanning out across Microsoft: it’s OK to trash Windows 8. Watch out for a change in the wind coming from Redmond as others talk about Windows 8 in terms of "challenges", "lesson learned", and "new opportunities".

The last time this happened was in February 2007, a month after Windows Vista’s official launch, and it was chief executive Steve Ballmer who fired the starting pistol on the great Windows Vista flagellation.

Ballmer hinted something was off on Windows Vista when he chided analysts for being "overly aggressive" in estimating the effect Microsoft and Windows Vista could have on PC sales.

He said there was a "disconnect between what people think is the growth of the PC market and what they think is Vista growth." He told the analysts' call: "[P]eople have to understand our revenue models because I think some of the revenue forecasts I've seen out there for Windows Vista in fiscal year '08 are overly aggressive."

In the months after Ballmer's comments, other Microsofties copped to discovering application and hardware compatibility problems as well as hard drive- and chip-gobbling performance issues in a piece of software that Ballmer’s buddy Bill Gates had introduced in 2003 as the "next wave of software innovation".

The Vista pile-on gathered steam at the company’s massive annual Worldwide Partners’ Conference (WPC) in Denver, Colorado, that year, where your correspondent witnessed Microsoft's chief operating officer, Kevin Turner, joined the great denunciation to admit compatibility problems where problems and not just mere "rumors." Others, meanwhile, confessed to how – while they were selling Windows Vista to us - they’d been taking a beating in customer meetings. By 2008, Microsoft's marketing people were sticking it to Windows Vista with as much passion as they'd once sold it. "We broke a lot of things. We know that, and we know it caused you a lot of pain," ex vice president of Windows Vista consumer marketing Brad Brooks told WPC in 2008 as he marched in step.

But Windows 8 has fared better than Windows Vista. So why speak out now after six months of insisting everything was fine and there was nothing to see?

Talk to Microsofties before today and they’d literally repeat the official line that Windows 8 and its tabletised sibling Surface “just worked”. Microsoft – plus its supporters in the blogosphere – steam-rollered over any and all criticisms of Windows 8 and its Metro UI - which dumped the classic desktop and familiar Start button for working in a world of squares - saying all that was needed was a dash of mass user re-education.

Microsoft blamed low sales of Windows 8 on the PC makers, which it claimed had not been building the “right kind” of devices to appeal to a touch-hungry public. It reckoned OEMs weren’t turning out enough PCs, tabs and hybrids with fast enough processors, big enough memory or the necessary graphics acceleration.

Now that’s over. From now on, you can expect those same Microsoft types who'd reckoned Windows 8 "just worked" to now tell us in all seriousness how Microsoft's working with partners and taking feedback to overcome challenges and deliver a compelling "user experience".

The person chosen for the big reveal is significant: Reller is effectively the Windows group’s business head, the person in charge of marketing and finance. Reller was there when overall group chief Steven Sinofsky was in charge and she remained after he abruptly left in November 2012. So Microsoft’s messenger is a serious exec who knows the Windows business.