Still waiting for the good news 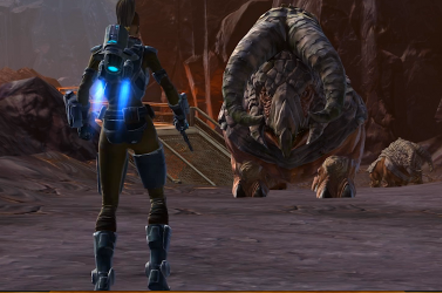 Disney has made good on its promise to farm out future Star Wars games to an outside developer after scrapping LucasArts - and picked much-loved EA.

Electronic Arts will be able to build on its Jedi-inspired online multiplayer game Star Wars: The Old Republic now that the two entertainment giants have signed a multi-year licensing deal for Star Wars-themed mobile, PC and console titles.

Disney will also develop related games for the web and smartphones, the companies said.

"Like hundreds of millions of people, I am a true believer – someone who can’t get enough of the story, the culture, and the ethos of Star Wars," EA Labels president Frank Gibeau gushed.

"The magic of Star Wars is interwoven into the worlds, characters, planets and amazing battles. It is a universe that lends itself perfectly to gaming. Our agreement unlocks a whole new future of Star Wars games that will span consoles, PCs, tablets, mobile and more."

Despite Gibeau's enthusiasm, EA's previous foray into Star Wars gaming hasn't been a clear win. The developer spent between an estimated $100m and $300m on its online multiplayer game, but its dreams of competing with the most popular MMO, World of Warcraft, haven't come true. To get players into the game, EA released 15 levels for free in June last year and then in November, launched a free-to-play version of the game.

Disney Interactive co-president John Pleasants was upbeat however, talking about the "amazing portfolio of new Star Wars titles" the developer would be publishing for core gamers.

The Mouse got its hands on the Star Wars franchise by slurping Lucasfilm for $4.05bn in October last year, but while it immediately started talk of further movies, it shut down games division LucasArts last month, laying off 200 people.

"After evaluating our position in the games market, we've decided to shift LucasArts from an internal development to a licensing model, minimising the company's risk while achieving a broader portfolio of quality Star Wars games," the company said at the time. ®

Fear is the path to Disney. Fear leads to anger. Anger leads to hate. Hate leads to internet flamewars