Next Xbox won't need always-on internet after all 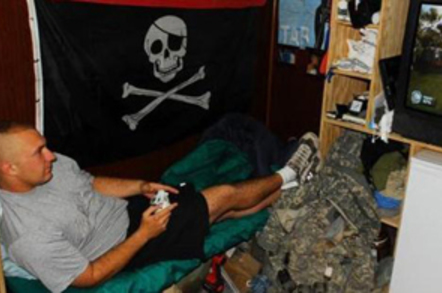 Widespread fears that Microsoft's next Xbox gaming console will require an always-on network connection may be unfounded, if a memo purportedly leaked from Redmond proves authentic.

Ars Technica claims to have had a peek at an all-hands memo sent to every current staffer working on "Durango," the codename for the next Xbox, detailing Redmond's thoughts on the matter.

If genuine, that memo not only appears to put to rest the persistent rumors that the console will require a network connection even for single-player games, but it also teases a few (very slight) details of what we can expect from the hardware. Here's what it says, at least in part:

Durango is designed to deliver the future of entertainment while engineered to be tolerant of today's Internet. There are a number of scenarios that our users expect to work without an Internet connection, and those should "just work" regardless of their current connection status. Those include, but are not limited to: playing a Blu-ray disc, watching live TV, and yes playing a single player game.

Note that comment about "watching live TV." Microsoft has not disclosed any details about its next console publicly, but it's widely believed that the company is planning to give the device an increased emphasis on video entertainment beyond gaming, including having it provide TV listings and related services.

But it's the part about not requiring a connection to play single-player games that will be of greatest interest to most customers, since previously Microsoft has neither confirmed nor denied that a connection would be needed to play solo (and it still hasn't – at least, not publicly).

In April, a rogue Microsoft exec fanned the flames of this kerfuffle when he posted comments to Twitter to the effect that "always-on" devices had become the norm and that customers should just get used to it. He ended up resigning after being slapped down by Redmond top brass, but the seeds of doubt he planted continued to grow.

So was the whole thing just a tempest in a teapot, after all? Perhaps. And yet, here at the Vulture Annex we can't help but wonder, considering that the staffers who received this memo presumably have been working on the Xbox for months or even years, why they needed to be told this now?

Surely the people who are building the Xbox can't be as confused about how it works as the general public. Which leads us to consider two possibilities: 1.) Microsoft wants to enlist the aid of its Xbox rank-and-file to help gently reassure the public that things aren't as black as they've heard; or 2.) This memo represents a change of policy.

It's entirely possible that Microsoft was considering some heavy-handed form of network-enforced DRM for its next console, but relented after seeing how badly Electronic Arts has been raked over the coals over its ham-fisted SimCity launch – a debacle that may have cost former EA CEO John Riccitello his job.

We'll likely never know for sure whether that is indeed the case. But Xbox fans, at least, can rest easier knowing that the next iteration of their favorite console probably won't be as overbearing as they've heard.

Microsoft is scheduled to debut its new Xbox at an event to be held at its Redmond campus on May 21, which will be simulcast on Xbox Live and on Spike TV in the US and Canada. ®

Abracadabra! Tales of unexpected sysadmagic and dabbling in dark arts

Defence of the Dark Fibre Arts: Ofcom delays plans to force BT to open its network

None of the ISPs wanted the 'remedy'

A fine vintage: Wine has run Microsoft Solitaire on Linux for 25 years

Year of the Linux Desktop imminent for a quarter century