We've done it - we've gone and made LONG-LIFE BEER 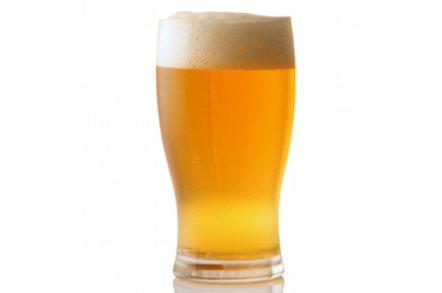 Researchers at Australia's University of Adelaide have unlocked the secret to letting beer age without it tasting like old socks.

Eglington, who heads the university's Barley Program*, learned that some ancient strains of barley have a defective version of lipoxygenase.

Some selective breeding later and the booze boffins have produced a new barley with everything a brewer could want - except working lipoxygenase. The new grain is sufficiently robust that Japanese brewer Sapporo wants to use the first crop, which has just gone into the ground.

Sapporo has form in the beer innovation stakes, having previously produced a brew from barley which spent five months aboard the International Space Station.

Other brewers are also expected to be keen on the new barley cultivar, dubbed Southern Star, as it will mean beer tastes fresher for longer. Today few beers are aged, as opposed to wines, which improve over time. It's hoped Southern Star will make it possible for brewers to consider a longer shelf life for some brews, safe in the knowledge they'll remain drinkable. ®

*The State of South Australia is a big grains producer so the presence of barley boffins in the state capital is hardly surprising.