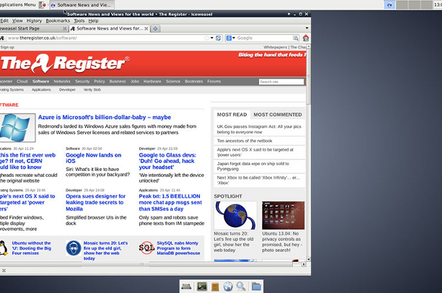 Debian 7, which glories in the code name “Wheezy”, is officially upon us.

The latest iteration of Ian Murdock's brainchild emerged on Saturday, which given it is created by volunteers seems a very apt time at which to appear. Wheezy is the first update to the OS in two years.

Debian's developers are talking up two features in the new release as especially significant. One, multiarch support, is being described as “a radical rethinking of the filesystem hierarchy with respect to library and header paths, to make programs and libraries of different hardware architectures easily installable in parallel on the very same system.”

The second, private cloud support, sees package or OpenStack and Xen Cloud Platform baked into the OS. The latter makes its debut in a Linux distribution with this release.

Full details of all the software packages in the new release can be found here.

The Reg will soon review Wheezy. Don't touch that dial and all that. ®