Pop bottle top pop blown out of proportion in Florida 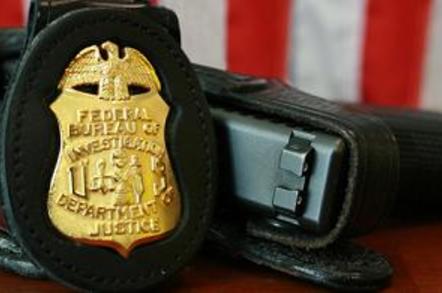 Controversial decisions by officials in Florida to arrest, charge and expel from school a teenage girl (and model student) for causing a totally harmless "explosion" by mixing household products in a plastic bottle are attracting widespread condemnation.

Kiera Wilmot, 16, a student at Bartow High School in Florida, is no troublemaker.

"She is a good kid," school principal (headmaster) Ron Pritchard told WTSP News. "She has never been in trouble before. Ever."

But on Monday morning Wilmot fell foul of the law. She and a school pal, in common with most teenagers around the world at some stage in their careers, mixed up some common household products in a plastic bottle - having heard that something amusing might result. They did this outdoors on school premises. The resulting "blast" was not even sufficient to rupture the plastic bottle, merely popping off the top and generating some smoke.

Unfortunately for the luckless teenager, an assistant principal called the police and the responding officer phoned a state prosecutor (named in the police report as Assistant State Attorney Tammy Glotfelty) who advised that Wilmot be charged with "possessing or discharging weapons or firearms at a school sponsored event or on school property" and "making, possessing, throwing, projecting, placing or discharging any destructive device".

As a result, local education officials decided that Wilmot must be expelled from school. She will now reportedly have to complete her education in an "expulsion program", and faces the future stigma of a serious criminal conviction.

According to the responding copper, Wilmot's fearful explosive mix was nothing more than toilet cleaner and aluminium foil. A few seconds' searching online for videos and instructional articles will reveal that if people are to be arrested and charged for fashioning such "destructive devices", even the capacious prisons of the USA will soon be overflowing.

It would seem that a lot of people disagree with the Florida prosecutors and local education authorities, as an online petition addressed to several relevant local officials says:

Please, do the right thing. Drop these charges and apologize for the incredible turmoil you have created.

The petition has more than 12,000 signatures as this is written, including that of your correspondent. ®

Lewis Page spent a long time as a British armed forces Explosive Ordnance Disposal (EOD, bomb disposal) officer, and was tasked in support of the UK police from 2001 to 2004. He was occasionally despatched to incidents of this magnitude and even smaller - but would have been amazed to hear of criminal charges arising from any such event.

As a teenager he personally created and let off many "destructive devices" of much greater power than Ms Wilmot's.