Hotel marketplace Airbnb: Show us your privates if you want to book a bed 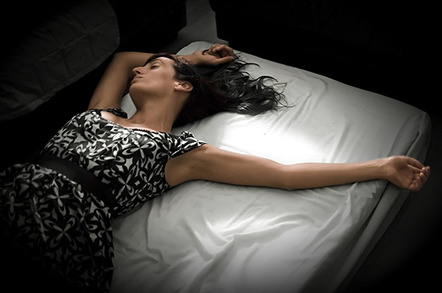 San Francisco-based hotel-booking biz Airbnb wants a quarter of its users in the US to provide passports or driving licences when reserving a room.

The company, which describes itself as a "trusted community marketplace" for people to list and book accommodation around the world, said that there was "no place for anonymity" on such a service.

Airbnb wants its users to marry their online profiles (such as Facebook and LinkedIn) to their offline ID docs by confirming personal information or scanning a photo identity into its website. The web biz has four million customers.

The data will then be hoarded by the outfit, which receives significant investments from a VC fund headed up by actor Aston Kutcher.

The company said on Tuesday:

Airbnb will require a random 25 per cent of users in the USA to go through the Verified ID process. Soon, we’ll expand this requirement to users around the world.

We hope that hosts and guests worldwide will see the benefits of interacting with users who complete Verified ID. Our goal is for all Airbnb members to have Verified ID eventually.

What this means is that once Airbnb opens up its Verified ID policy to other parts of the globe that it operates in, users will find copies of their identity documents being stored on servers in the US. Specifically, the company states under its terms of service for European users:

Your information may be processed and maintained on computers located outside of the European Economic Area where the privacy laws may not be as protective as those in your jurisdiction. In particular, Airbnb transfers personal information to the United States and processes it there.

However, we will endeavour to secure a protection of your Personal Information at any time and any place which is comparable to the standard of protection granted under the terms of this Privacy Policy.

The bold move could raise concerns among privacy campaigners as the company wants to collect ID docs globally while effectively ignoring local law.

Up until now, Airbnb relied solely upon social networks to verify the ID of its users. Now it wants to build a database that links, say, a user's Facebook account to their passport.

But it's a strategy - known as federated identity - that isn't simply one being mulled over by private companies.

The British government is working on a so-called ID assurance project that would allow taxpayers to access public services online via their existing logon for a bank account, social network or other website. So presumably, it will be watching Airbnb closely to see how such a system might play out in the real world. ®