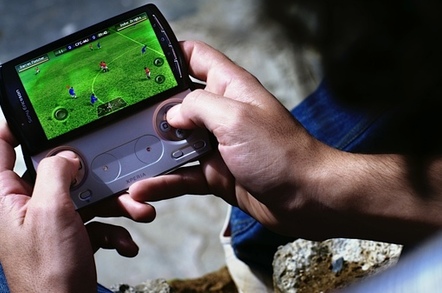 Japan’s male mobile gaming geeks are being taken for a ride in ever-greater numbers by hungry, cash-poor women who befriend them online before tricking them into paying for an expensive dinner for two.

This particularly devious scam is on the rise in the Land of the Rising Sun as single Japanese women struggle to pay the bills and have enough for three square meals a day, according to News Post Seven (via RocketNews24).

The report we've linked to isn't entirely comprehensive but does detail a rather compelling account from Ms A, a 28-year old nursery school teacher living in Tokyo, who says she uses the social gaming scam to supplement her meagre income.

She apparently begins by asking her victim a game-related question such as “what’s the best way to fight”, before taking the conversation into more personal matters, all the while trying to elicit info from the man to see how much he’s worth.

The moment of truth comes when Ms A drops into the conversation the fact that her dinner plans have been cancelled at late notice and, when the guy suggests himself as a last minute replacement, she claims not to have the money.

The gaming geek will usually offer to pay for the meal – from start to finish the whole scam taking just 15 minutes.

Ms A apparently manages three men per month using this canny strategy, even pretending she’s a nurse to quicken the pulse rate of her potential victims.

Mobile gaming is a huge industry in Japan, where smartphone penetration is over 40 per cent according to some estimates.

Market intelligence firm Yano Research Institute predicts the mobile game market in the country could reach as much as ¥387bn (£2.5bn) this fiscal year. ®