Ten ancestors of the netbook

Doomed category has a long history thanks to Atari, Poqet, Psion et al 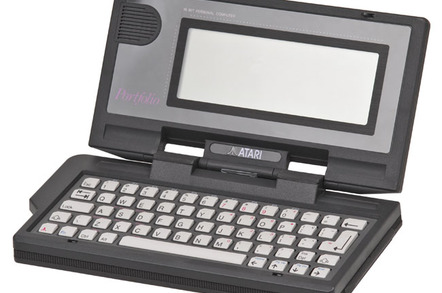 Feature Come 2015, we’re told, the netbook will be dead and gone, out-evolved by the more fleet of foot, more desirable media tablet.

We shouldn’t mourn the netbook’s passing, though. It has had, in one form or another, a good innings. While some folk may look back to the category’s debut in 2007 with the launch of Asus’ Eee PC 701 - aka the Eee PC 4G - in fact the story of the sub-sub-notebook computer stretches many years further back.

To discover the origins of the machine we now know as the netbook, it’s necessary to look back three decades. If we define a netbook as a clamshell-format computer able to run a full operating system on battery power, and be rather smaller than a laptop, you can see the origins of the netbook in the first palmtops of the late 1980s and early 1990s and the first sub-notebooks in the later years of the decade.

Join us, then, as we explore the evolution of the netbook through the gadgets that defined its development, presented here in chronological order.

One name will ring loud: Britain’s Psion. Its ground-breaking Organiser isn’t included here - it wasn’t really a proto-netbook - but the engineers who worked on it went on to create the first palmtops, clamshell handhelds and even the first Psion netBook.

The world’s first palmtop - a handheld computer in a clamshell casing - wasn’t called the Atari Portfolio to begin with. Released solely in the UK in 1989, it was the DIP Pocket PC, an Intel 80C88-based handheld running an operating system compatible with MS-DOS and developed by a trio of former Psion engineers.

The CPU was clocked to 4.9MHz and it had 128KB of RAM to play with. The memory doubled-up as the device’s storage. The OS and built-in apps were presented on a 40-character by eight-line monochrome LCD able to do graphics at 240 x 64 pixels. It ran off three AA batteries, with a button cell to keep the RAM alive when the AAs were swapped. 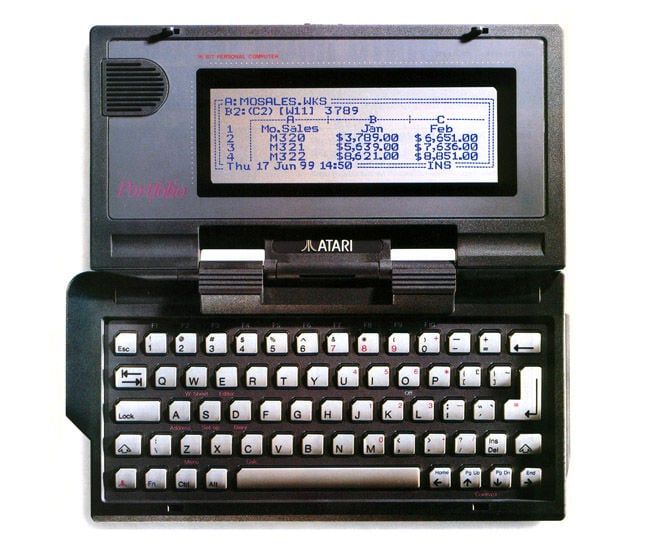 Staff at Atari UK saw the Pocket PC and were impressed enough to license the machine in order to make and sell it under its own name in the US and the UK. It's not entirely clear whether Guildford-based DIP continued to sell its own version - or, if it did, for how much longer and in what numbers. The firm certainly doesn’t appear to have done anything of note after the Atari deal.

In any case, Atari had the resources to promote the Portfolio in ways DIP could never hope to match, including getting the gadget product-placed in 1991’s Terminator 2: Judgement Day, as any fule kno.

DIP co-founder Ian Cullimore quit his company in 1988 before the release of the Pocket PC and DIP’s subsequent tie-up with Atari. Whatever the reason for Cullimore’s exit, he immediately started a new firm, in the US this time, called Poqet to create... a pocket PC with a slightly better spec than the one he’d designed at DIP. 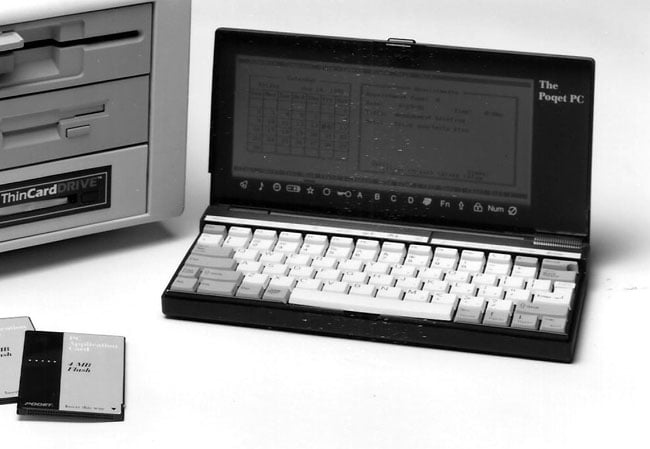 Working with John Fairbanks, Leroy Harper, Shinpei Ichikawa and Stav Prodromou, Cullimore created the Poqet PC, a device based on the same CPU as the DIP machine but clocked higher (7MHz) and equipped with more memory (512KB). Storage came in the form of extra slot-on PCMCIA flash cards. The screen could present 80 columns amd 25 rows of characters, or 640 x 200 pixels in graphics mode. It had a larger, less calculator-like keyboard than the Portfolio, and it ran MS-DOS 3.3.

The original Poqet was soon upgraded with an extra 128KB of memory, to become the Poqet PC Prime - the original contined to be sold as the Poqet PC Classic. In 1994, Fujitsu bought the company, at which point a new machine, the Poqet PC Plus, replaced the first two. The Plus was slightly larger but sported a 16MHz NEC V30 - an Intel 8080/8086 clone - 2MB of RAM, MS-DOS 5.0, PCMCIA 2.0 slots, and two serial ports. It’s not known how long Fujitsu continued to offer the Plus, but it doesn’t appear to have been for long.