Hear, there and everywhere 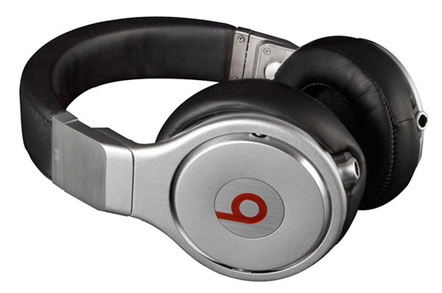 Something for the Weekend, Sir? Returning from a school trip to New York, my son handed back most of the $350 spending money we’d given him. Yes, I too thought it was a lot of dosh for a four-day tour but then I have no experience in the matter. When I was a kid, a school trip involved walking up to the pond to catch tadpoles for biology class, not intercontinental air travel.

Indeed, I was supposed to spend a semester in the US as part of my university course, but that was in the 1980s. The very year I joined the course, Margaret Thatcher cut university spending by a third so my American jolly was dropped in order to help fund Thatcher’s cock-sucking City trader friends’ plan to steal from the public sector for 30 years and then, when it eventually went wrong, get the public sector to pay for it.

Anyway, back to my son’s trip. A rumour had gone around before they set off that one spoilt little sod was taking a grand with him, so we wanted to be sure ours had enough to at least buy himself a reputation-saving music tech gadget if he happened to pass an Apple Store.

In the event, he spent a total of $60 on meals, postcards and a mug, handing the rest back to us. Wasn’t he tempted to buy something else during the trip? “I was thinking of picking up some Beats headphones,” he admitted, “but it seemed a lot of money for what they were.” Too damn right. This is a smart kid, obviously well brought up. 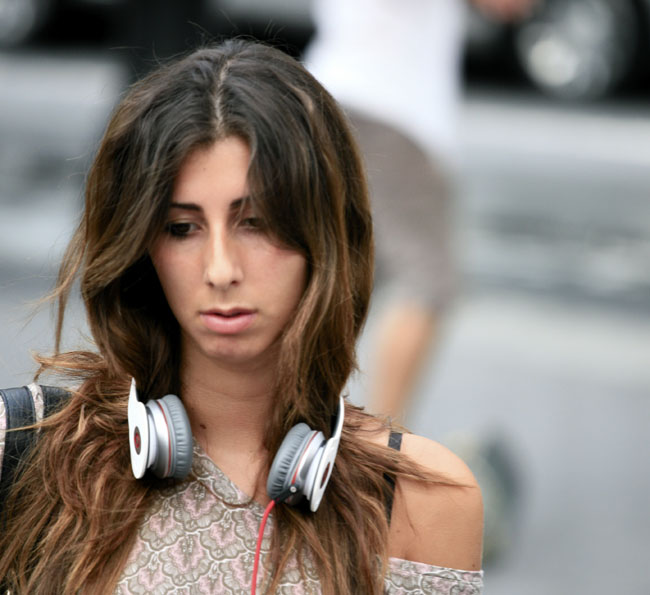 Criticising Dr Dre’s... ahem... ‘invention’ gives me no muddafukkun pleasure at all, y’all, but until someone can demonstrate to me that he’s done more than twiddle the graphic equaliser settings and saved the lot as a Loudness preset under a different name, I remain a cynic. Similarly, for the headphones themselves, I do believe they are just headphones: built to a quality, sure, but hardly revolutionary. I see so many people walking around with these cans stuck to their heads and view them as fashion victims.

And this comes from someone who currently owns at least half a dozen items of Apple-branded hardware. Plus kettle, pots and a large tin of black paint.

But then I have been adversely influenced. My first experience of Beats Audio was on a notebook computer and, as you know, all audio sounds like tinny shit on a laptop - hardly Beats’ fault. Plug in some decent headphones and it sounded fine, of course, but that terrible first impression based on the irritating scratching and clicking noises emitting in pointless surround stereo will remain with me forever.

Readers of a certain age may remember the days before Amstrad’s ubiquitous satellite TV boxes and hilariously disastrous videophones when Alan M Sugar Trading was most famous for selling hi-fi. Now I have to be careful because Amstrad is keenly litigious but I wasn’t the only person to allow poor experiences with the company’s woeful hi-fi systems to unfairly taint my impression of Amstrad’s brilliant and inexpensive little PCW word processors when they first came out.

I remember checking out an awesome-looking stacked stereo system by Amstrad in a posh audio shop. It had speaker cabinets almost as tall as me, with neat holes behind the mesh indicating the locations of the tweeter, mid-range and gigantic woofer. Naturally I wanted to check these out so, while the shop assistant was dealing with another customer, I prised the mesh away from the front of the speaker cabinet in order to get a better look.

Behind the mesh was a sheet of what looked like thin chipboard with three differently sized holes cut in it. Clearly visible behind the chipboard was just one very large oval speaker measuring from the top of the cabinet to the bottom. 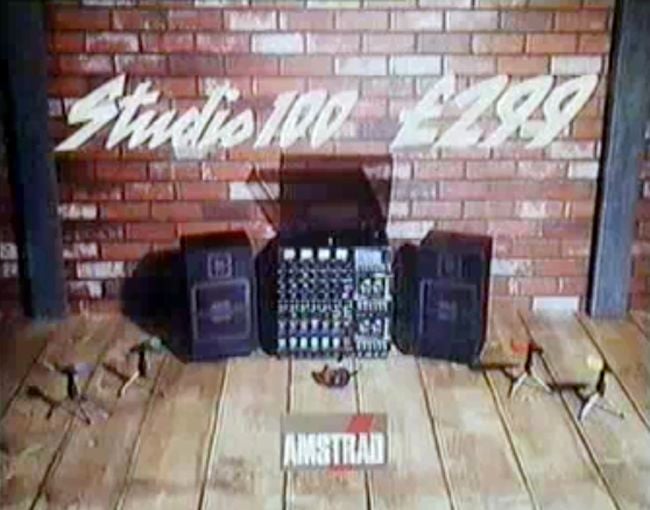 Give Amstrad credit, it certainly built to a price and had some funky ideas. Anyone remember the “It’s a hi-fi! It’s a studio!” TV ad for its four-track recording home stereo system? But you don’t have to be an audio purist to acknowledge that this is not the kind of thing with which anyone would choose to play audio that mattered to them.

I'm no hi-fi nut but I am concerned that expectations of what ranks as audio quality are deteriorating. Annoying though they were, big dudes walking around with ghetto-blasters up to about ten years ago had some understanding of how certain kinds of music should sound. Yes, they were a joke and even Spock was forced to silence one on a bus in that weird post-Heaven’s Gate budget-slashed film in which the crew of the Enterprise save the future by donning jogging gear in order to persuade a couple of whales to shag.

But compare these guys to today’s sad little tits waiting at bus stops, ticks and pops trickling out of their mobile phones. It makes all that Kiss FM shit sound even worse, if such a thing were possible. Don’t they care? 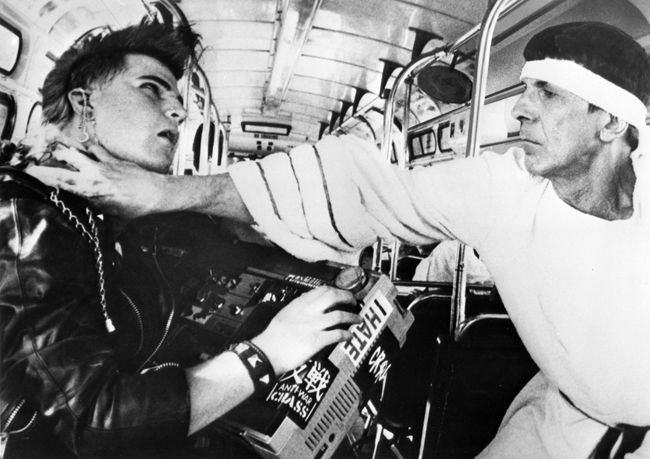 What we’d all like to be able to do on the bus
Source: Paramount Pictures

Perhaps it’s this general loss of interest in audio quality that has enabled Beats Audio to clean up - by marketing some nice but hardly amazing headphones as the best thing you can afford to buy. The rest of the market appears to be dominated by gear that is either entirely pants or way beyond your pocket. I spy a gap in the market. ®

Alistair Dabbs is a freelance technology tart, juggling IT journalism, editorial training and digital publishing. He suffers from occasional bouts of tinnitus but attributes this not so much to listening with headphones almost constantly since his brother bought The Dark Side of the Moon when it first came out but to a Reef gig in the early 2000s.