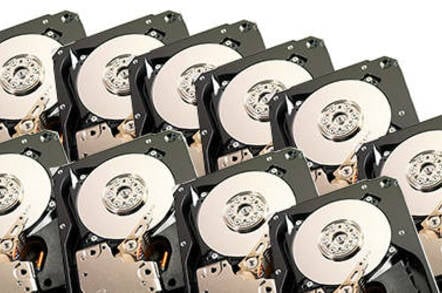 The Reg has learned that senior NetApp employees from outside Australia visited the Lab last February. Now the Lab's Director, Professor Rajkumar Buyya, has told The Reg those discussions centred on federated cloud functions in the Aneka product offered by a commercial spinout from the Lab called Manjrasoft.

Aneka can provision cloud resources across multiple cloud platforms, be they private or public clouds. Aneka can also act as a cloud broker, automating tasks such as finding the lowest-cost cloud in which to deploy an app or finding cloud resources offering the lowest latency to ensure new customers of SaaS providers get the best possible user experience.

Professor Buyya said the Lab and Manjrasoft are now working on adding the ability to define multi-cloud service level agreements (SLAs) to Aneka, so that cloud users could determine the performance they want from the cloud and leave its achievement to the software, rather than wrangle multiple clouds themselves.

Buyya said NetApp was keen to chat about the new work on SLAs and Aneka's current capabilities.

Why is NetApp keen to work with the Lab?

The company operates a Virtualisation Centre of Excellence in Melbourne. That operation was spawned by very large scale and heavily virtualised storage rigs NetApp created for Australian clients Telstra, Suncopr and CenITex and which helped the company to develop some of the IP it uses for secure multi-tenancy. There's a certain kinship between that work and the research going on at CLOUD Lab. As both are in the same town, it'll be nice for like-minded boffins to chat.

NetApp also has an interesting partnership with Amazon Web Services (AWS), called NetApp Private Storage. The partnership sees NetApp kit installed in AWS data centres, where they take advantage of AWS' Direct Connect service to mainline data straight into the cloudy giant's servers at the source instead of having to endure the indignity of traversing public networks en route to the cloud. Might NetApp be contemplating similar arrangements to multiple clouds, to make Private Storage available in users' cloud of choice, instead of AWS alone? ®

It's all about hyperconverged – no we're not breaking out those numbers