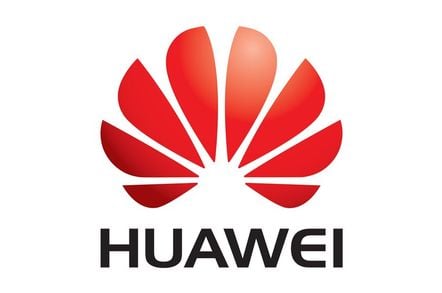 Chinese telecoms equipment maker Huawei has revised its enterprise sales projections downward after admitting that it has given up on plans to expand into the US market.

"We are not interested in the U.S. market anymore," Huawei executive vice president Eric Xu told Reuters. "Generally speaking, it's not a market that we pay much attention to."

That's a bit of an about-face. At one time, Huawei was eager to market its wares to US firms, but those hopes were all but dashed when a Congressional subcommittee issued a report indicating that equipment from Chinese vendors – including Huawei and its rival ZTE – poses a security risk.

Huawei has steadfastly denied those claims, calling the US stance "protectionism" – and indeed, Congressional investigations revealed no concrete evidence linking the Chinese vendor's gear to espionage. But the company's complaints have largely fallen on deaf ears.

In March, President Obama signed into law a new federal appropriations bill forbidding US government agencies from buying technology from any companies "owned, operated, or subsidized" by the People's Republic.

That's been widely interpreted to mean Huawei and ZTE, despite Huawei's objections that it is "entirely owned by its employees" and that the Chinese government holds no ownership stake in the company and has offered it no subsidies.

The law does not ban imports of Huawei equipment and US companies are still free to purchase it if they wish. But many firms are likely to follow the government's lead and avoid Huawei kit out of fears of industrial espionage.

American security concerns have already thrown a wrench in other, international projects as well, such as a planned trans-Atlantic network cable funded by Hibernia Atlantic.

On Tuesday, Huawei's Xu admitted that such roadblocks have had a negative impact on its enterprise division and that it no longer expects its sales to grow as rapidly as earlier projected.

Last year, execs in Huawei's enterprise division set a goal to expand sales to $15bn by 2017. Xu said the company has now revised those projections down by a third, to $10bn.

"We now have a deeper understanding of the market," Xu reportedly told analysts at a conference in Shenzen, China, where Huawei is headquartered. "If we can achieve $10 billion sales by 2017, that will be good enough for me."

Even that is an ambitious goal. The division reportedly brought in $1.9bn in sales last year, less than a fifth of its revised 2017 goal.

Meanwhile, Huawei faces further potential hurdles to its telecoms expansion plans, as governments around the world – including Australia, Canada, India, and the EU – have voiced similar security concerns to those debated in the US.

In January, Huawei reported revenues of 220.2 billion yuan ($35.6bn/£23.3bn). Enterprise sales represented just 5 per cent of that total, while sales to telecoms operators accounted for around 70 per cent. ®