Sord drawn: The story of the M5 micro

The M5 made its first public appearance in May 1983 at the Midland Computer Fair, held in Birmingham’s Bingley Hall where Sord staff said - ahem - the computer would now not be available until June. Still, the M5’s appearance allowed eager punters to get their hands on the machine. They found themselves with a compact unit stylishly formed from grey and black plastic. The black-on-black keys were of the ZX Spectrum type, but marked with white alphanumeric and cursor characters, plus yellow graphics glyphs and Basic keywords. There was still no room for space bar though. Back from the keyboard, the entire top of the M5 flipped up to reveal a warm yellow surround for the Rom slot, and assorted instructions printed on the inside of the (removable) lid. Later models, some made in Ireland, others in Japan, even after the CGL rebranding, replaced the yellow plastic with the M5-standard pale grey.

Round the back of the machine: the customary power, tape, game controller and TV modulator outputs, plus novel composite video and mono audio RCA jacks for alternative telly and hi-fi linkage. 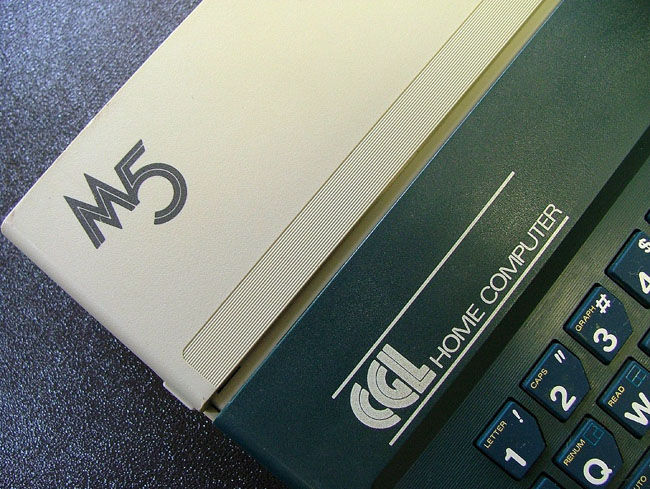 The M5 with its later, post-Sord CGL branding
Source: Quagmire

The colour scheme, said Personal Computer News reviewer Richard King, gave the M5 a “faintly military look”, and the M5 remains one of the more aesthetically pleasing 1980s home micros. Possibly one of the better built ones too: “The general construction is of a very high quality,” wrote King. “It feels solid, almost rugged, and would doubtless stand up to considerable rough treatment... There are proper connectors for everything, so no more problems with power supplies which spend most of their time delivering 5.5V to the carpet.”

Don Thomasson, writing in Computing Today, also gave the M5 the thumbs-up for its “competent and attractive” construction and design. Others praised Sord’s incorporation of a metal shield place over the motherboard to minimise radio interference, something other vendors should perhaps have taken note of.

Reviewers praised the video presentation. King, for instance, lauded the M5’s “frankly impeccable” display, which he found to be “steady and clear, with good definition and well-separated colours. Compared to the tatty output so often associated with lower-end/home machines, it was a pleasure to use”. 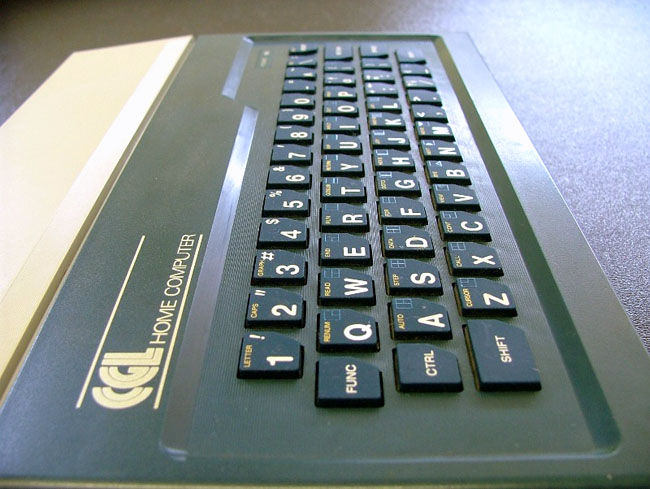 The keyboard was a membrane job - but much better than the Spectrum's
Source: Quagmire

It had some clever features too. Personal Computing Today regular Chris Palmer spotted the Basic I - ‘I’ for integer - HEX$ function for converting decimal numbers into their hexadecimal equivalents - handy for machine coders - and useful character codes such as CHR$(4) and CHR$(6), which auto scrolled the display a character width left and right, respectively.

“You might not realise the significance of this,” he wrote, “but you will realise that the biggest hurdle to overcome is how to get the screen scrolling sideways. With the Sord, this can be achieved by printing these control characters and letting the computer do the hard work.”

Users of many other systems had to write machine code routines called from Basic to do this. I did for mine.

But Palmer was not unreasonable disappointed by the lack of available Ram: “Offering only 4KB of useable memory is a very serious crime indeed.” 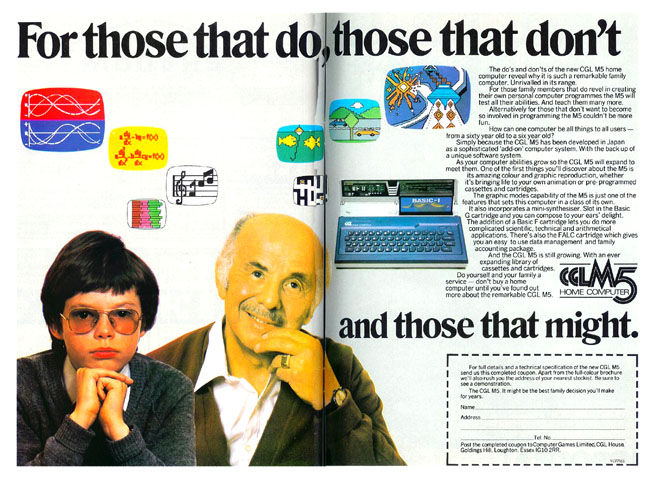 Computing Today’s Don Thomasson was less concerned by that because of the scope for expansion. Instead, he decried what he considered the M5’s poor documentation: “The M5 is complicated enough to produce confusion, and the documentation fails to provide enough information to escape from this state. A minor keying error can produce bewildering results, and though there may be a recovery route it may not be obvious.”

Richard King wasn’t keen either: “My only reservation is over the documentation, which suggests that there is considerable untapped potential in this machine, but then fails to provide the keys.”

But overall the response was positive. Chris Palmer was typical. On the basis of his time with the Sord M5, he said, “as the Japanese have a talent for making good products on the cheap I think it is going to be very difficult in the future to remain patriotic and buy British.”

Next page: Sord in a gunfight
Page:
Tips and corrections
34 Comments