The Reg puts Vulture inside the Large Hadron Collider 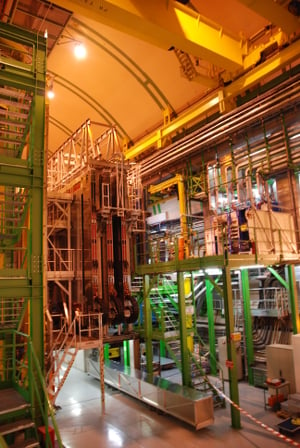 Part of the particle-tracking hardware

After grudgingly leaving the tunnel behind - a place few folks are allowed to enter, even if they work at LHC - the group heads for the other side of the wall, where the LHCb apparatus for collision and detection is located.

It's a sizeable system of detectors, trackers, calorimeters, a muon identification system and a massive magnet that bends the trajectories of charged particles to show which are positively charged and which are negatively charged. The LHCb experiment smashes proton beams together and runs proton to lead-ion collisions.

In the midst of the upgrade, the group gets to see the trackers, which register the position of passing charged particles so that computers can reconstruct their exact trajectories, as well as the muon system. The yellow-and-orange-striped muon system tracks the tiny heavy electron-like particles present in the final stages of beauty quark decays to help LHCb search for clues into the nature of dark matter. 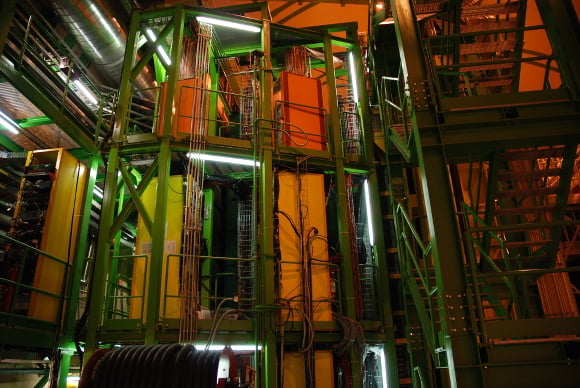 Inside the experiment, the particle pipe can be seen feeding through to the muon system from far below on the ground. 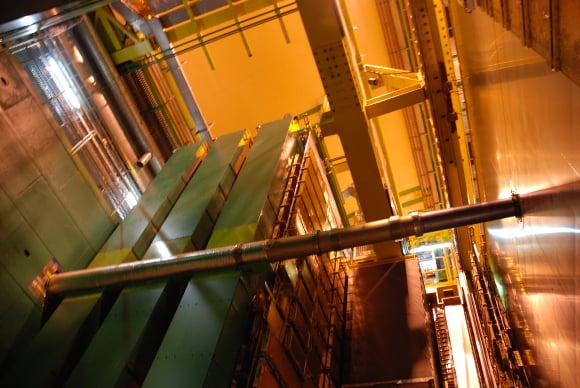 Updated Android apps for TP-Link, LIFX, Belkin, and Broadlink kit found with holes, some at least have been repaired

And don't even think of letting them near humans just yet, the uncultured vagabonds