Google Glass will SELF-DESTRUCT if flogged on eBay

Techno-specs are for life, not just for Christmas 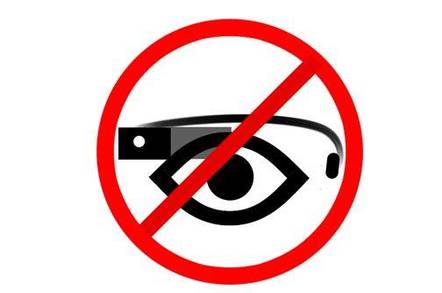 Buyers of Google Glass have been warned they cannot sell their pricey new techno-spectacles on eBay or anywhere else.

In terms of sale posted on its website, the advertising giant said a Google Glass was for life, unless you wanted to give it away for nothing. Anyone who failed to follow the rules will have their devices remotely shut down.

The first Google Glass Explorer editions are rolling off the production lines and into the hands of early adopters who each paid $1,500 for an early version of the headgear. The hardware projects information into the wearer's field of view.

Google stated: "You may not commercially resell any device, but you may give the device as a gift. Recipients of gifts may need to open and maintain a Google Wallet account in order to receive support from Google. These terms will also apply to any gift recipient."

Then, tucked away in the footnotes, the Chocolate Factory added: "Unless otherwise authorized by Google, you may only purchase one device, and you may not resell, loan, transfer, or give your device to any other person. If you [do this] without Google’s authorization, Google reserves the right to deactivate the device, and neither you nor the unauthorized person using the device will be entitled to any refund, product support, or product warranty."

Google Glass is about as powerful as a mid-range smartphone. Although details of which processor its uses have not yet emerged, we do know it has a 5-megapixel camera, can shoot 720p video and features about 12GB of usuable storage from a total of 16GB. A battery charge will last the best part of a day, unless the wearer conducts video chats or records a lot of footage.

Apparently, the display is equivalent to watching a 25-inch television from eight feet away, we're told. Perhaps its strangest feature is its bone-conduction transducer, which generates sound by sending vibrations through bones in the ear.

It has already been banned from several places, including some strip clubs, over fears it could be used to film people without their knowledge.

A group called Stop the Cyborgs has launched a campaign against Google Glass after warning the device will create a world where "privacy is impossible and corporate control total".

Google is reportedly planning to set up stalls in America to sell Glass and big up the web giant's other products. ®