Google tells Microsoft IE shops: We can help you with those 'legacy apps' 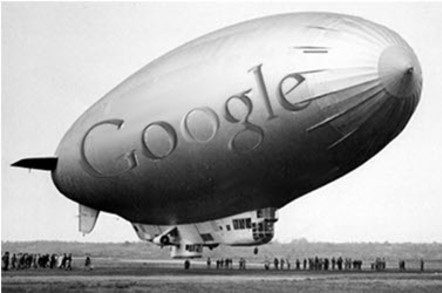 Google is chucking Chrome at businesses whose applications are hardwired to Internet Explorer - and coupled its offer with a snub to Redmond, claiming its once-proud browser has become "legacy".

The Chocolate Factory today released the Chrome Legacy Browser Support extension that - with additional fiddling courtesy of your IT bods - lets you open applications to work with what it calls “legacy” browsers.

Google’s extension relies on an exception list that is compiled and maintained by the business's IT dept. It's a list of sites that Chrome will recognise as only being able to work with so-called legacy browsers - it will hand these over to IE when needed.

Google said here: “When your user clicks a link that requires a legacy browser to open (such as a site that requires ActiveX), the URL will automatically open in the legacy browser from Chrome. You can specify which URLs to launch into a second browser and deploy this Chrome policy for the organization.”

Cyrus Mistry, senior product manager, Chrome for business and education, said in a Google blog here the change is one of a pair to make Chrome easier to use at work.

Google doesn’t say what it means by “legacy” but it’s gunning for Microsoft’s IE – and not just the very old stuff, such as IE 6 that even Microsoft wants ripped from business desktops because it’s stopping upgrades from Windows XP.

Google’s extension is designed for versions for IE from version 6 up to the latest, version 10 in Windows 8. It does not work with Mozilla’s Firefox.

A plug in for IE, called Internet Exploder Legacy Browser add-on, was also released by Google that enables navigation back to Chrome once you’re in IE on your IE-specific app. It means you don’t stay stuck on IE after you’ve been re-directed by the exception list.

If the browser re-direction sounds a tad familiar, it should. Browser remediation and management specialist Browsium offers a piece of software called Catalyst that allows you to manage multiple browsers.

Catalyst lets you, for example, specify IE6 for use on legacy internal apps behind the firewall and run IE, Firefox or Chrome for you external browsing.

It acts like a middleman directing traffic, with policies set using a variety of means including group policy, Microsoft’s Active Directory and XML file. The idea is you can keep your IE6-dependent apps while ripping out Windows XP ahead of the deadline for end of support from Microsoft next April.

The difference is, Google’s Chrome extension sets Chrome as the middleman and you can only manage using group policy through a somewhat creaky approach of exception lists. The more apps you have using IE, the longer your list and with IE still the default browser for many business that means some very long lists indeed.

Gary Schare, Browsium president and chief operating officer, told The Reg it’s “great” that Google is recognising that multi-browser management is important to enterprise. However, it said, by setting Chrome as the default browser it: “[c]annot meet the needs of large enterprises that have built up decades of IE-dependent web applications.”

Also on Wednesday, Google announced the ability to access Chrome’s default applications, themes or applications from the web, when users sign into Chrome through their work account.

Google’s updates come after The Reg’s recent interview with Mistry where he said Google was working to dispel the myth that Chrome wasn’t suited to business. He said Chrome packed in 150 management controls so administrators can, for example, turn off tab-syncing and automatic updates. ®