Are biofuels Europe's sh*ttiest idea ever?

Famine-causing ... and not even environmentally friendly 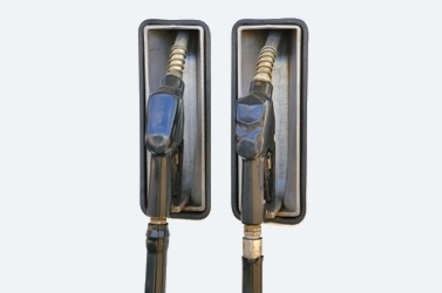 Analysis The craze for biofuels* - a part of EU legislation for a decade** now - is costing Europeans a fortune and isn't even environmentally friendly, a new report (PDF) by renowned British thinktank Chatham House argues.

In the name of "climate change reduction", the EU passed a mandate requiring 10 per cent of transport energy to come from renewable sources - biofuel, electricity and hydrogen - by 2020. Almost all of that target is expected to be delivered by biofuel.

It was the result of lobbying by two of the most powerful lobby groups in Brussels: agribusiness and the environmentalists - both of which are paid by the EU to lobby itself - and required producers of transport of fuel to blend in a proportion of biofuel into petrol and diesel.

According to the report, biofuels also increase food prices and increase price volatility - resulting in land-use changes which in turn increase overall greenhouse gas emissions. Both ethanol and biodiesel - the two main biofuels - are produced from crops.

Using the Stern Report - itself based on questionable assumptions - the UK's official CO2 emissions reduction objective suggests a cost of $87/tonne.

So if the biofuels target is all about getting vehicles to reduce CO2, then this is the worst way to do it, the thinktank points out.

"The inefficiency of the internal combustion engine means scarce biomass can be used more efficiently elsewhere," the authors note.

In the long term, the EU should encourage electric cars, the authors suggest, or in the short term, encourage more efficient cars which use turbo boost or supercharging, or direct fuel injection and smaller engines. But the motor industry is doing this anyway - and sensible options like those leave no opportunity for a vast bureaucratic and regulatory apparatus - such as trading Renewable Transport Fuels Obligation certificates.

And where's the fun in that?

For a good backgrounder on how the Brussels biofuels mandates came about - and the difference between EU and US biofuels policy - this neat history is useful. What's amazing is that by 2008 the EU knew of all the problems that result from increasing biofuel usage - the poor starve, food prices are more volatile, and they don't contribute to greenhouse gas emission reductions. But having raised these issues with talk of "socially sustainable" biofuels, and suggesting the addition of GHG emission riders to the mandates, they waved them through anyway.

"Food security is not included in the mandatory sustainability criteria," notes Chatham.

* Liquid fuels produced from biological material, mostly plant-based, that can be substituted for either petrol or diesel for use in transport.

Baseline data finds 25 gigatonnes of carbon in the loam